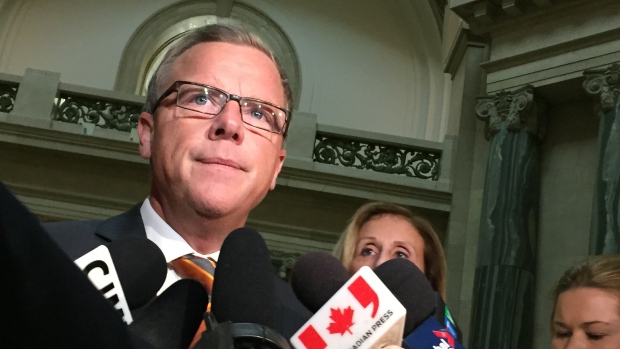 Edam, Saskatchewan: Premier Brad Wall says he is disappointed with Quebec’s decision to seek an injunction over the Energy East pipeline.

Wall says Quebec’s decision is going to be politically divisive.

He says the move is about environmental politics at a time when the entire country should be supporting a project that will create jobs, reduce the need to import foreign oil and get crude off the railways.

Wall says it’s the National Energy Board’s job to deal with the proposed pipeline and other provinces should not be impose their own regulatory processes.

Quebec says TransCanada Pipelines Ltd. (TSX:TRP) must demonstrate that its plans for the Quebec portion of the project respect the province’s laws.

“Let’s have one process. Let’s respect the fact that there is a national process in place and provinces shouldn’t be slapping their own processes on top of that, especially when it is trying to avoid the project happening at all, trying to prevent the project from happening.”