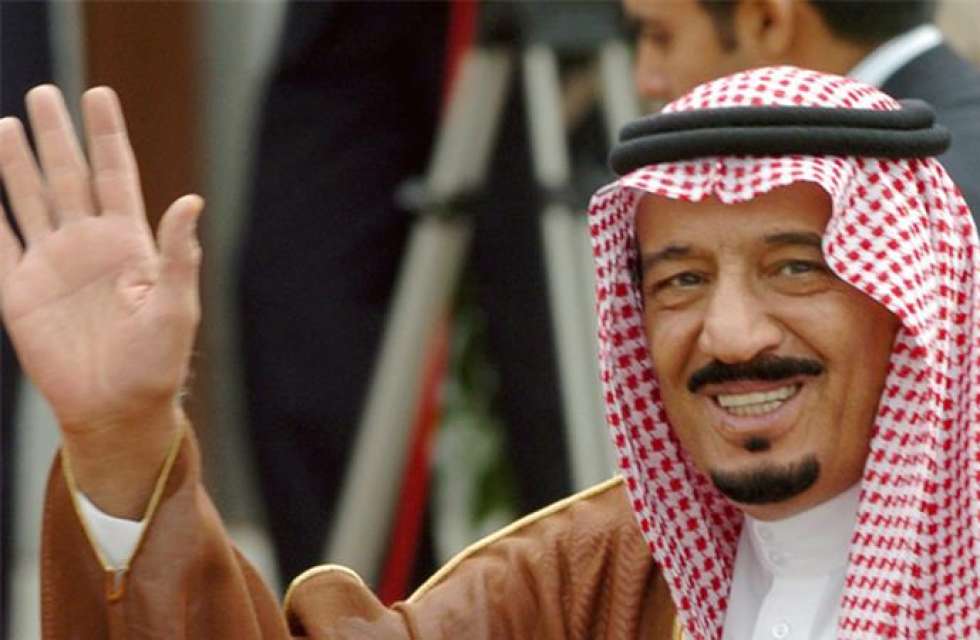 Riyadh, Jan 23 (IANS) Saudi Arabia’s former Crown Prince Salman bin Abdulaziz Al Saud Friday took the pledge of allegiance as the new king following the death of King Abdullah, the ruler of the world’s largest oil exporter for nearly a decade.
Within hours of his accession to the throne, the 79-year-old Salman, who is half-brother of King Abdullah, vowed to maintain the same policies as his predecessor’s.
“We will continue adhering to the correct policies which Saudi Arabia has followed since its establishment,” BBC quoted him as saying in a speech broadcast on state television.
King Salman comes from an influential faction within the royal family comprising sons and grandsons of the late King Abdulaziz by a favourite wife, Princess Hassa al-Sudairi, the report added.
Born December 1935, Salman is the 25th son of the Saudi kingdom’s founder Abdulaziz Al Saud who conquered his rivals and welded disparate regions of the Arabian Peninsula into a kingdom in 1932, Xinhua reported.
For nearly five decades, Salman served as governor of Riyadh province. Since 2011, he was minister of defence following the death of his brother Prince Sultan.
In 2012, Salman was appointed the crown prince following the death of Saudi Arabia’s heir apparent and interior minister Prince Nayef bin Abdulaziz Al Saud.
Since becoming heir to the throne, Salman, who also served as interior minister, has been presiding over cabinet meetings for several months and undertook a series of visits to the western and Asian countries.
King Salman had recently taken on the ailing monarch’s responsibilities after Abdullah suffered frequent bouts of ill-health in recent years.
In his maiden speech, King Salman said: “With hearts believing in Allah’s pre-destination, and filled with sadness and grief, I extend condolences to the loyal Saudi people and the Arab and Islamic nation…on the death of the late dear of the nation Custodian of the Two Holy Mosques King Abdullah bin Abdulaziz Al Saud, who passed away after he spent his life seeking his God’s obedience, bolstering his religion and then serving his nation and people and defending the causes of the Arab and Islamic nations,” Saudi Press Agency reported.
“We ask Allah to bestow His mercy and peace on him and reward him with best rewards for his outstanding work in the service of his religion and then homeland and nation,” King Salman added.