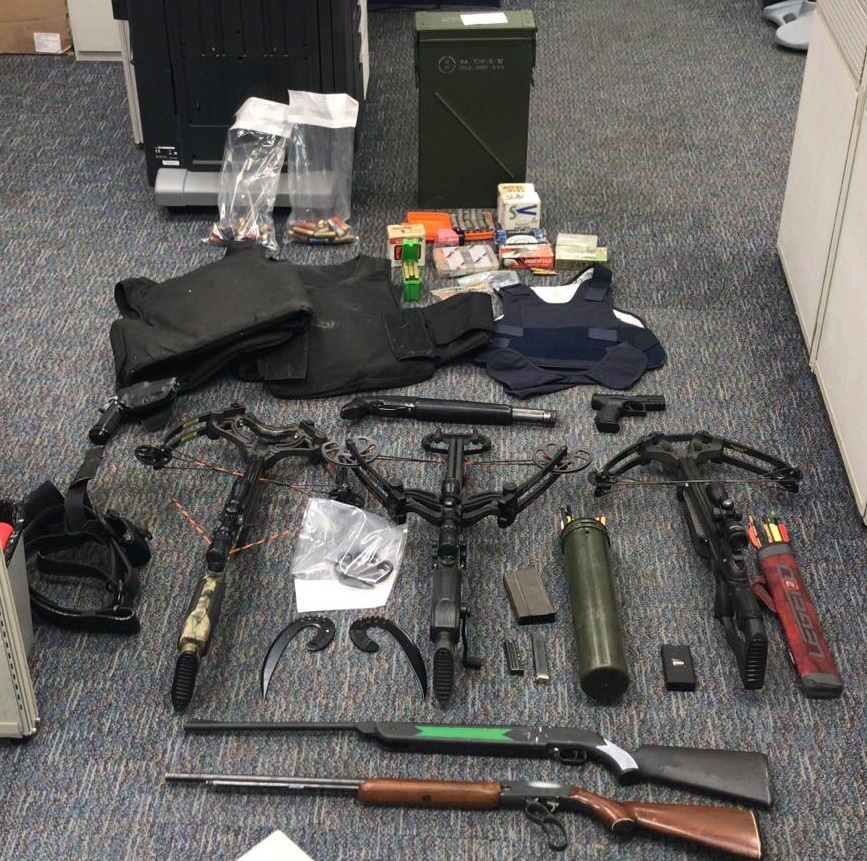 Langley: Surrey RCMP is advising the public of a large seizure of weapons and stolen property following a search warrant at a residence in Langley.

On October 10, the Surrey RCMP Community Response Unit (CRU) executed a search warrant at a residence in the 7500-block of 202A Street in Langley. The search warrant stemmed from an alleged fraud that originated in Surrey in early October. Based on information collected from frontline and CRU officers, investigators were led to the residence in Langley, believed to be associated to the fraud investigation.

As well as evidence of the initial fraud offence, the following items were located at the residence:

“Taking these weapons off of the streets is significant and will have a direct impact on public safety,” says Sergeant Ed Hryciuk, Surrey RCMP CRU District 4, Cloverdale. “This is an example of how a report received from the public can lead to a larger investigation that has a positive outcome for the community.”

Nine individuals were located inside the residence during the execution of the search warrant and subsequently released pending further investigation. No charges have been laid at this time, but the investigation continues.