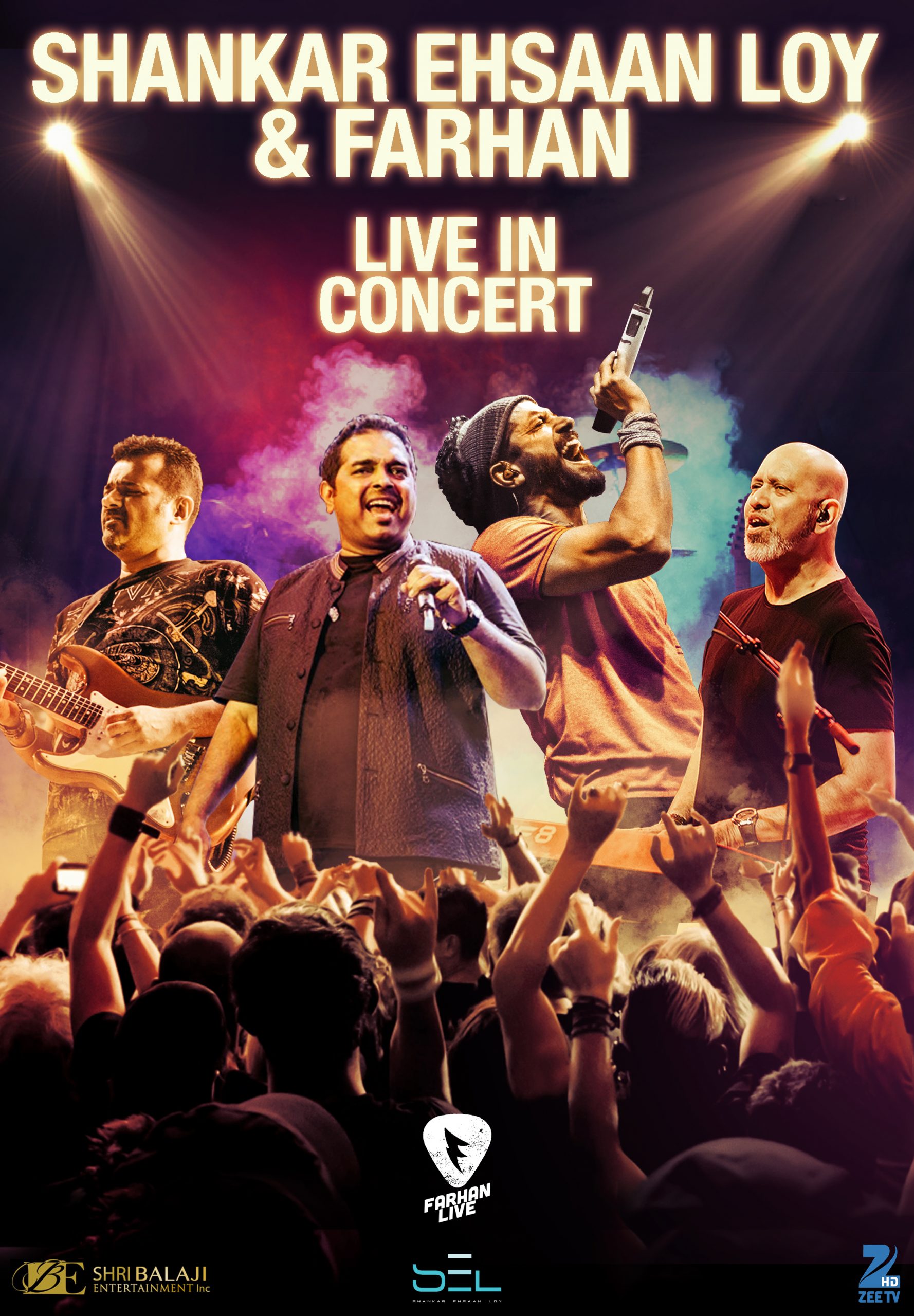 September 2, is going to be a musical treat for all Bollywood music lovers as the famed trio of Shankar Ehsaan Loy, also known as the Amar Akbar Anthony of Hindi film music, are coming to perform with well known singer & actor Farhan Akhtar for the first time at Vancouver’s iconic Queen Elizabeth Theatre for what promises to be an evening of foot tapping & heart pleasing music for all ages. During his 18 year film journey from 2001-2018 so far, Farhar Akhtar has produced, directed, acted & sang in many films and while Shankar Ehsaan Loy started their music journey together with Mukul Anand’s incomplete Dus, it was Farhan’s Dil Chahta Hai (2001) which brought them together and ever since, they’ve collaborated in films like Don, Rock On, Zindagi Na Milegi Dobara, Bhaag Milkha Bhaag & Dil Dhadakne Do etc. Shankar Mahadevan has won several individual awards as a singer and composers with Ehsaan Noorani & Loy Mendonsa, the trio have won National, Film Fare, Star Screen, Zee, IIFA & many state awards for their compositions in films like Bunty Aur Babli, Kal Ho Na Ho, Kabhi Alvida Naa Kehna, Salaam-E-Ishq, Taare Zameen Par, My Name Is Khan, Luck By Chance, Housefull, Patiala House, Don 2, 2 States, Mirzya, Rock On 2 & Raazi. Acclaimed as pioneering music directors for their innovative music style which compliments all genres, they’ll be performing for the first time with Farhan Akhtar in North America and already the buzz is high amongst all music lovers. Carrying on the tradition of bringing quality artists especially after the sold out May 13, concert of Atif Aslam & Neha Kakkar, KVP Entertainers promises yet another musical entertainer on the Labour Day long weekend as all roads will lead to the Queen Elizabeth Theatre on Sunday, September 2, 2018 at 7 p.m. Tickets at $35, 45, 55, 65, 75, 100, 125 & VIP are available at www.vtixonline.com and www.kvpentertainers.com or visit Kamal’s Video Palace (8268-120th St., Surrey) and call Kamal Sharma at (604) 833-1977 / (604) 592-9777 for more information .

What is a Schedule 9? – By Rhonda Ryrie, ACIA