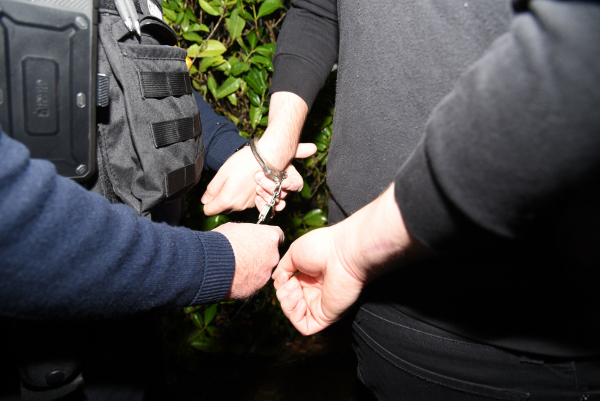 Delta: Timely assistance from both a clerk and a cab company made a big difference in helping police locate a robbery suspect.

Delta Police received a 9-1-1 call February 12 around 8:40 am, advising that a robbery was suspected to have taken place at a store on 116 Street.

The suspect was believed to have taken an unknown amount of cash and fled by cab.

“The clerk was very collected and managed to take note of the cab number, and its direction of travel, which was instrumental in helping police,” said Inspector Ciaran Feenan, head of the Delta Police Patrol Section.

Police reached out to the cab company which was readily able to locate the cab. The driver advised a man had gotten out of his cab to run eastbound on Nordel Way.

Officers responded to the area and spotted a man matching the description of the suspect on train tracks near Nordel Way. The man attempted to hide in bushes but police were able to locate him and make an arrest.

“We’re very pleased that our officers were able to arrest a suspect in this incident within 15 minutes,” notes Insp. Feenan. “I also want to acknowledge the assistance of the cab company and the driver in this matter. As police we rely on the support of the people who live and work in this community. This incident is a great example of showing why that support matters, and the role the community can play in helping keep Delta safe.”

Twenty-four-year-old Justin Singh Kahlon, of Surrey, is facing a charge of robbery in connection with this incident. He is currently in custody and next appears in court February 13.