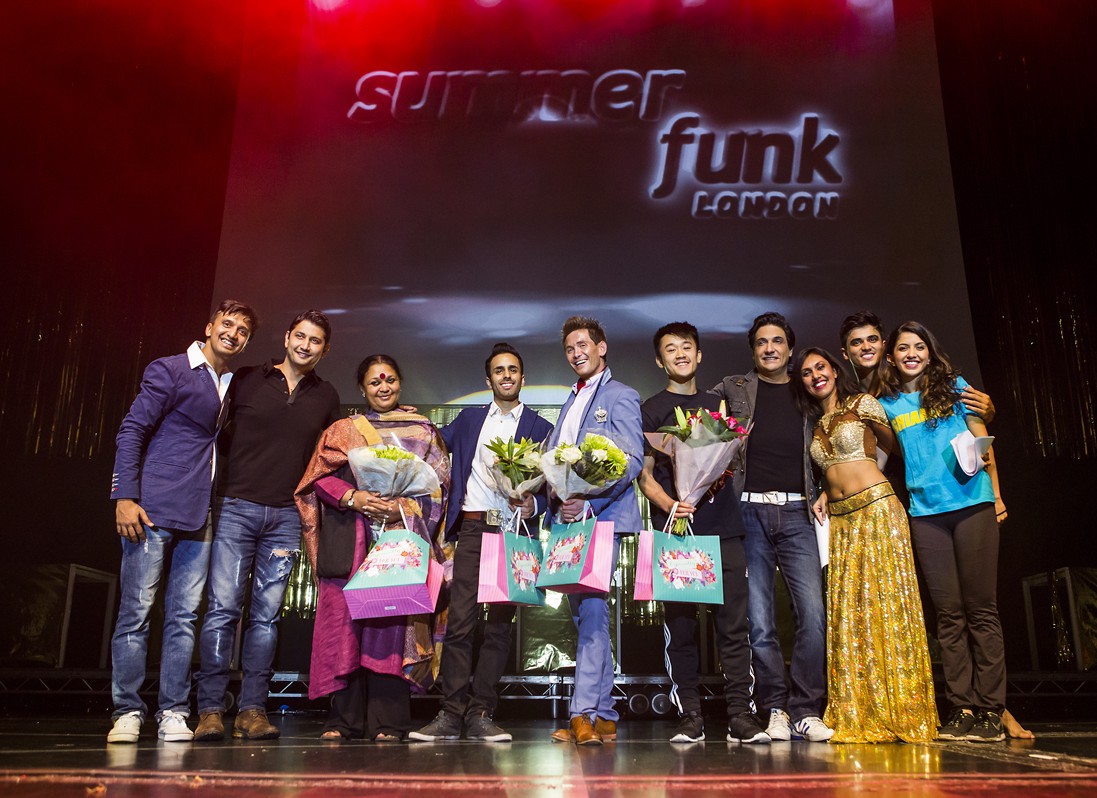 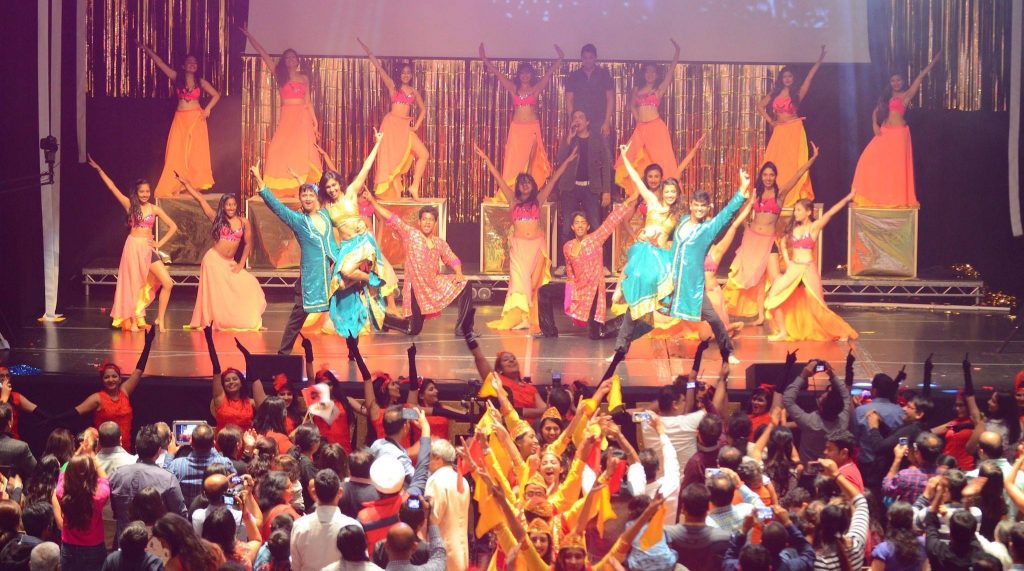 The most anticipated summer dance show, Summer Funk™ conducted by The SHIAMAK Dance Academy lived up to its expectations showcasing various dance styles in front of a packed audience! Performers between ages four to eighty four danced through the summer and put up a colourful display on July 25 at The Watford Colosseum in London.


The biggest highlight of the show this year was a surprise visit by the Artistic Director and Founder, Shiamak Davar himself along with his COO Marzi Pestonji who is also a famous dance reality show judge (Nach Baliye Season 7). “It’s always a special feeling attending the Summer Funk show here in London. The energy and enthusiasm is fantastic! In fact, many students from London have come to Mumbai to train with me as a part of my One Year Dance Certification Program (OYP). So I am happy to see their commitment to dance.” says Shiamak.
The world’s biggest Bollywood dance academy initiated a new format introducing a healthy dance competition – Rise of the Champions where each participating team competed to become the best dance class and best venue in their city. Building team spirit and helping them work harder; the competition goes beyond just dance-ability where the judges also consider their costumes, energy and group effort while making the final decision. The SHIAMAK Dance Competition was judged by Ryan Jenkins (Finalist in the top 20s of the popular dance reality show So You Think You Can Dance), Mira Kaushik (Director – Akademi) and Aakash Odedra (Award winning contemporary British dancer).
Govind Shahi – Business Head, Indiacast Europe who was present at the show says- “With shows such as Jhalak Dikhhla Jaa, Bollywood dance continues to remain a craze within our south-Asian community. At the summer Funk event, I was amazed to see a great display of effort, enthusiasm and determination of performers of all age groups which almost mirrors that of the celebrities on Jhalak Dikhhla Jaa. Congratulations to the SHIAMAK London Team. Colors have always believed in showing content that engages and connects with our audiences and it will be a pleasure to showcase this to a wider audience. ”
Summer Funk 2015 highlights will be telecasted next month on Colors TV UK next month.
Shiamak goes on to say, “The dance competition is not to judge but to encourage students to work as a team. It is a healthy way for them to interact and help each other improve. I’m amazed at how well each student, class and venue performed. Summer Funk has been a platform for people to express themselves on stage and overcome their fears. This show was a perfect example of this!”
Another special performance was that by the celebrated British contemporary dancer, Aakash Odedra who was also a part of The Shiamak Davar Dance Company before moving back to the UK. “It was very special for me to perform for my guru, Shiamak after nine years,” – said Aakash after his brilliant performance.
“Summer Funk London was a huge success and we thank all our students, parents and supporters.” – said Shruti and Rohan Shah, Senior Instructors and Managers for SHIAMAK UK.
Photo credits – Ana Gely A