Asian Journal
Home News SHIAMAK USA’s performance at the Cricket All Stars Game goes for the... 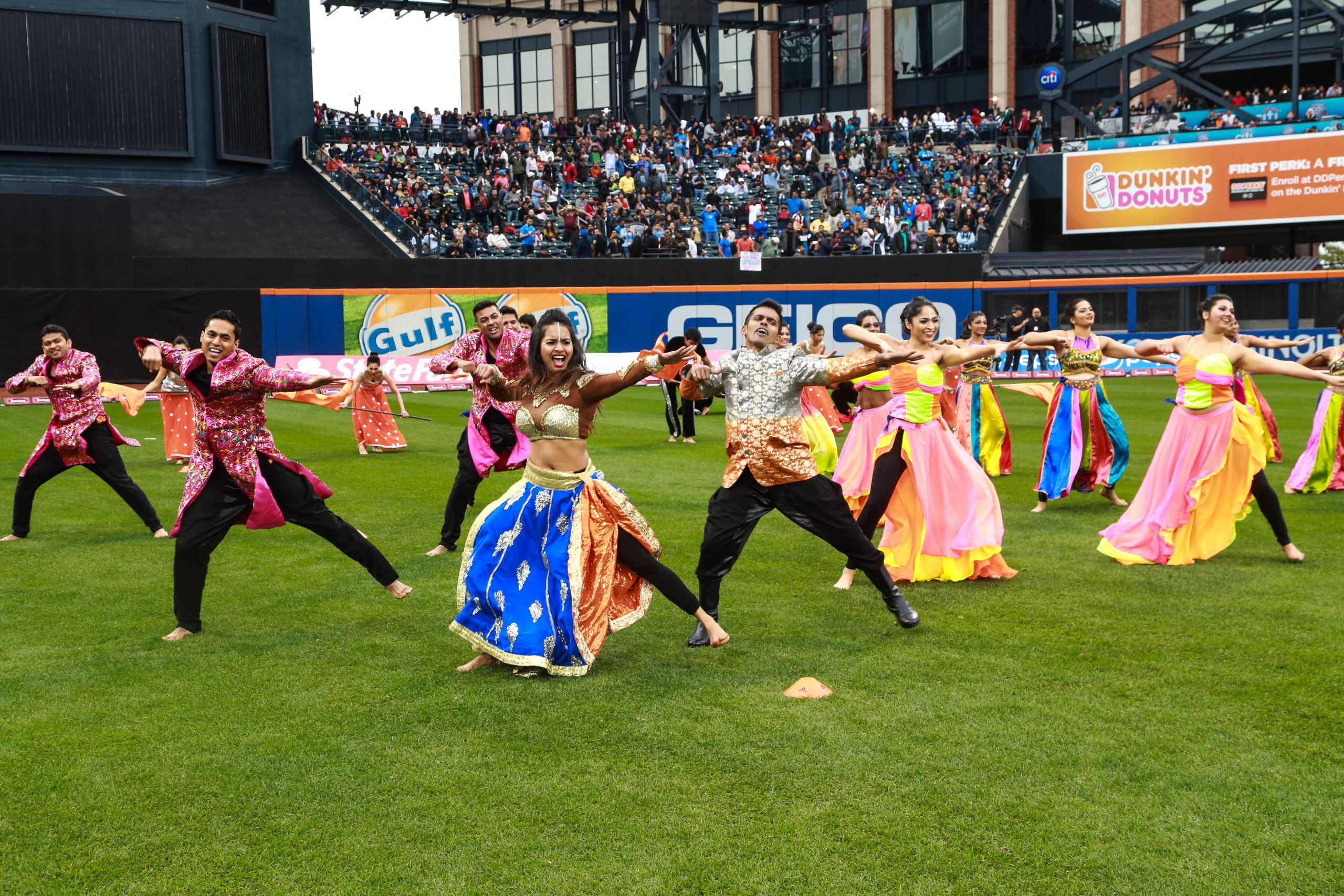 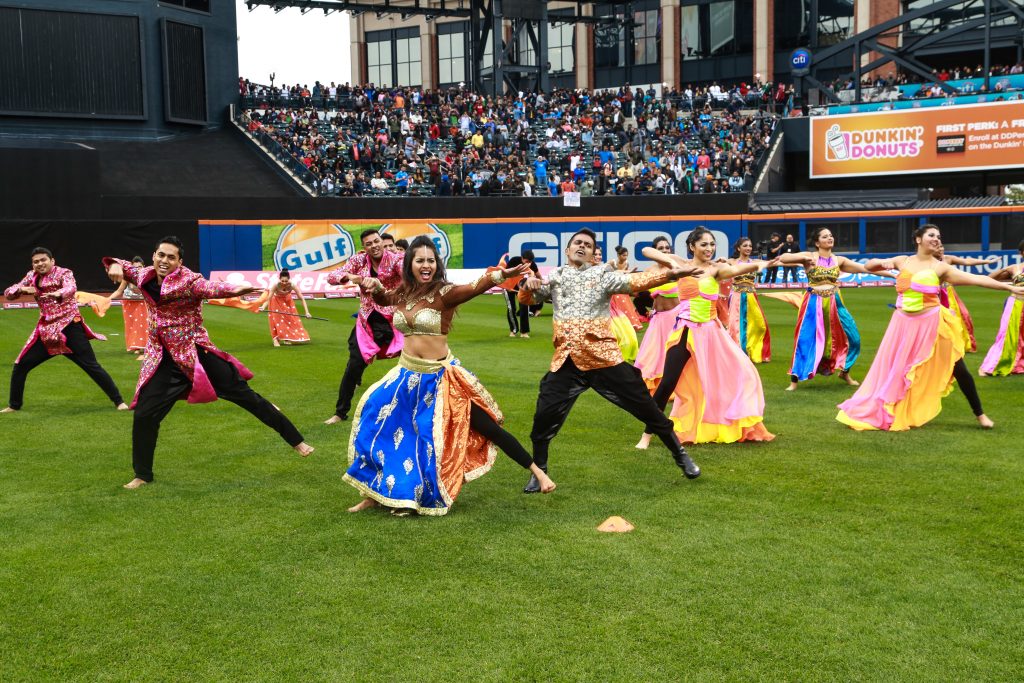 The biggest sporting event took America by storm as the most famous cricketers took to the field in one epic match. And where there is celebration, there has to be dancing! SHIAMAK USA put up an entertaining display of Bollywood Jazz in colorful costumes and with energetic moves, after the completion of first innings in the match on November 7th 2015 at CitiField Stadium in New York.

Cricket and Bollywood are the two most popular things in India, and when both come together;  it’s sheer magic. The audience was seen grooving to the up-tempo music matching the steps of the seventy performers on the field. The performers surprised the spectators when they got all of them on their feet and taught them Bollywood choreography to the famous ‘Selfie’ song! A first of its kind impromptu workshop had nearly 45000 people dancing in the stands. 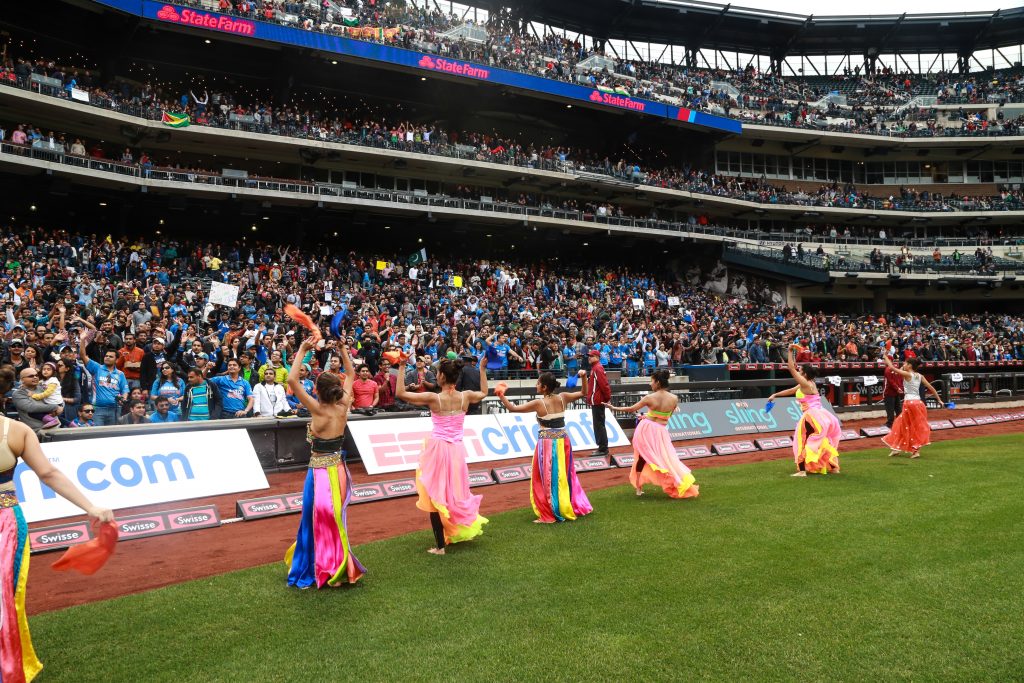 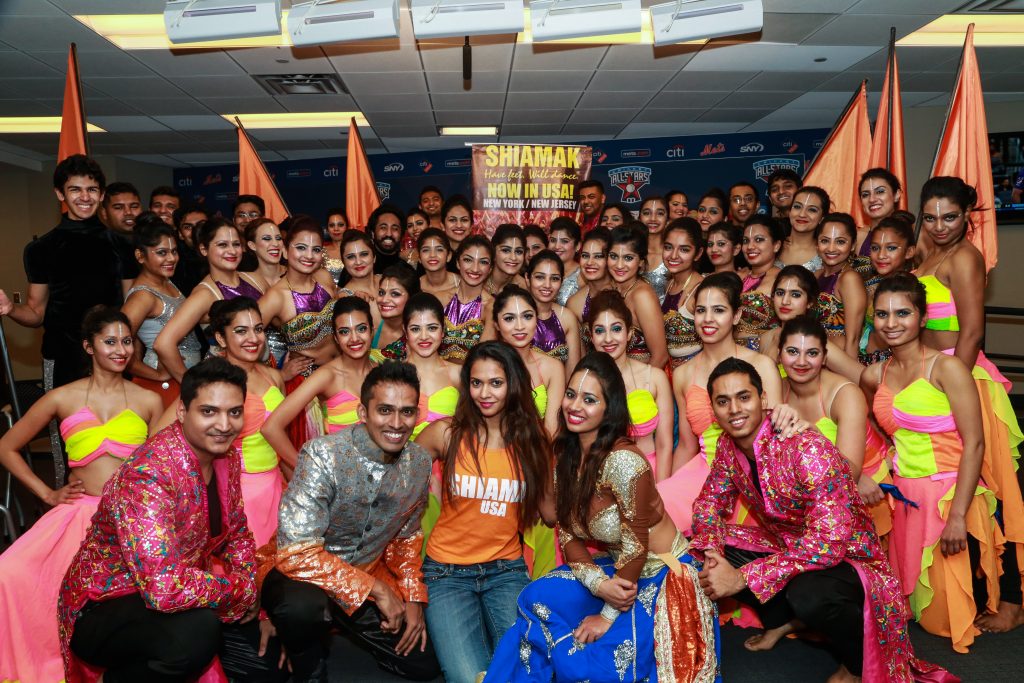 Shiamak has choreographed international sporting events including the Commonwealth Games (Melbourne 2006, New Delhi 2010), Asian Track and Field Games, Commonwealth Youth Games, Indian Premier League (Cricket), Olympic Flame Event and the National Games amongst many others. This was a legendary sports event that experienced the global appeal that Shiamak movement has. “Cricket fans across the world have been looking forward to this Cricket All-Stars match . My Dance Team in the USA was very excited to perform for such a large audience and in front of their favorite cricketers. Bollywood and Cricket are hugely famous in India, so it was great to see both on one platform.” said Shiamak Davar.

The SHIAMAK Dance Team USA that recently celebrated one year of successfully spreading the joy of dance made sure that even during the break between the two innings; the spectators didn’t have a single dull moment. Their performance definitely hit a power packed sixer !