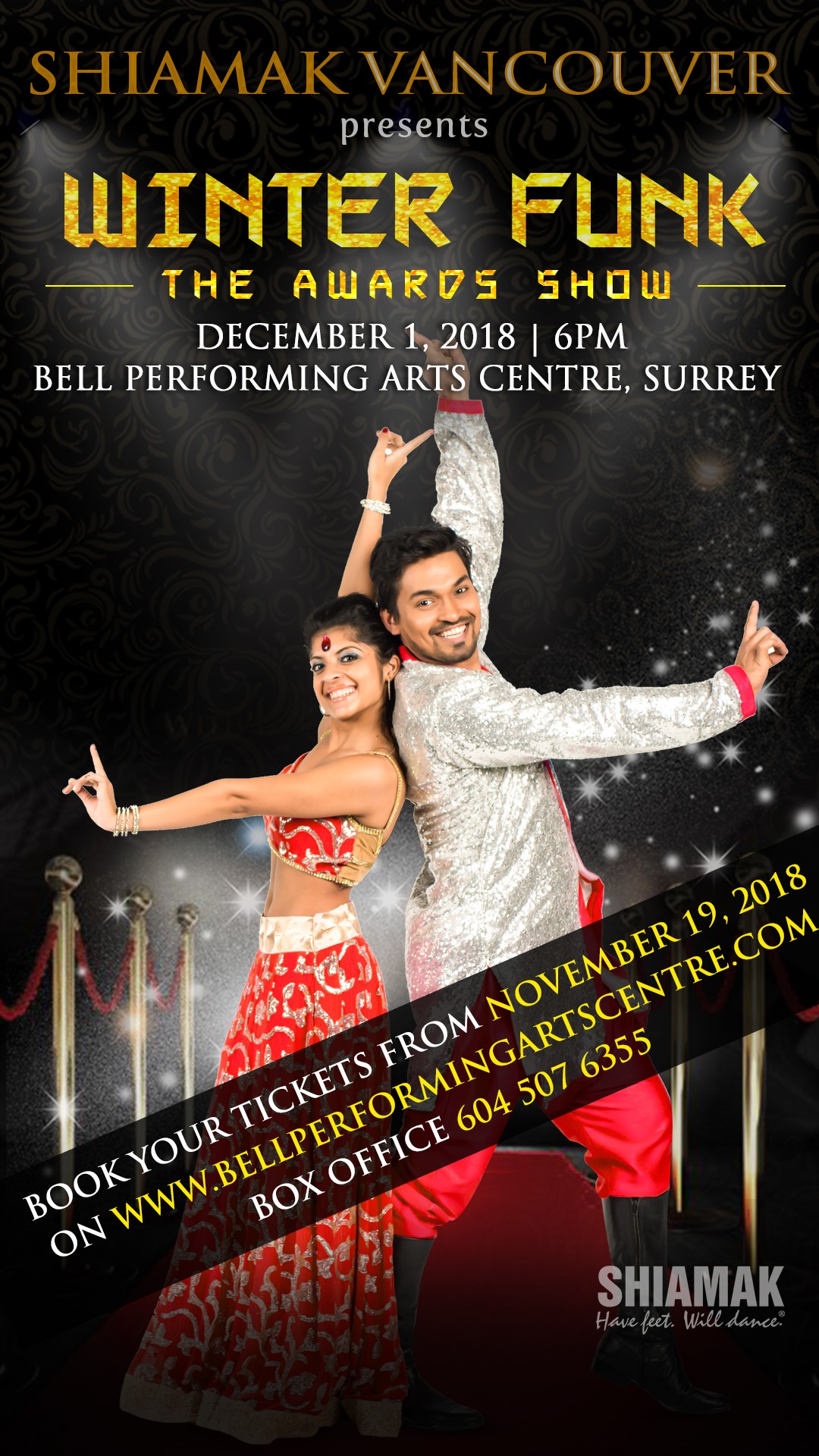 The Awards Show is on December 1

North Vancouver: Get ready for a night of glitz and glamour in true Bollywood style! SHIAMAK Vancouver is proud to present Winter Funk 2018: The Awards Show on December 1, at 6 p.m. at the Bell Performing Arts Centre, Surrey.

In the spirit of a true Bollywood Awards Show, more than 300 students have been preparing dance tributes to their favorite Bollywood stars, and will be performing to their most iconic songs in the iconic Bollywood Jazz style!

Shiamak Vancouver will also be taking this opportunity to honour stalwarts of the local dance community with specially created awards. Pamela Rosa of Harbour Dance Centre, Chan Hon Goh of Goh Ballet Academy, Dylan Steyns of North Shore Academy of Dancing and Gurpreet Sian of South Asian Arts will be among those honoured.

As always, the audience will be treated to fun and heartwarming performances by dancers from Shiamak’s VICTORY Arts Foundation, a not-for-profit organization that spreads the joy of dance to people of all backgrounds and abilities. VICTORY has partnered with The Down Syndrome Research Foundation, North Shore ConneXions, and Developmental Disabilities Association to put together an extra special performance for Winter Funk!

Tickets for Winter Funk are $19 and are available through the Bell Performing Arts Centre box office: https://tickets.bellperformingartscentre.com/TheatreManager/1/online?performance=1083 or by calling the box office at (604) 507-6355.

About SHIAMAK Vancouver:
Shiamak Vancouver is part of the biggest Bollywood dance academy in the world. It spreads the joy of dancing and Bollywood energy every single day through classes, performances, and workshops.

The Shiamak Vancouver Dance Team is the biggest and best Bollywood dance team in BC, well known from such shows as the Times of India Film Awards, the Indian International Film Awards in Toronto, WE Day Vancouver, The World Police and Fire Games, the BC Lions Halftime Show, and the Vancouver Cherry Blossom Festival.