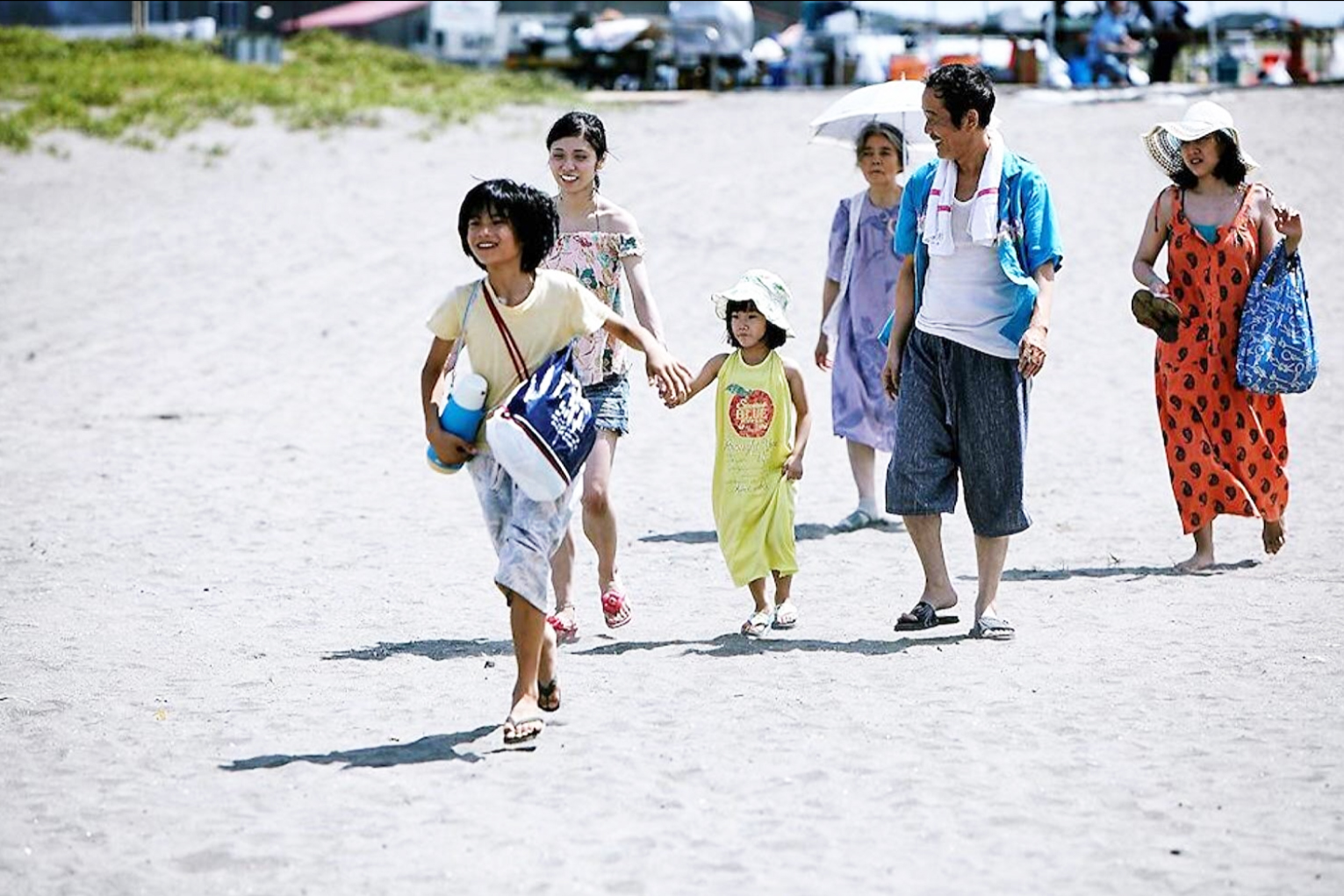 Said to be Japan’s entry as Best Foreign Language Film at this year’s Oscars Shoplifters comes your way. Currently on screen at The International Village Cinemas and select Cineplex cites across B.C. This Mongrel Media release clearly raises the bar on petty thefts.

All in the family characterizes the way a mother and father deal with life and eking out an existence. Raise your children well is what most parents hope for with ideally the kids following in Their elder’s footsteps. Only the family in This movie makes their living by stealing at local grocery stores and convenience shops.

Despite the unseemly nature of how they live mom and pop do actually have a social conscience as exemplified when they “rescue” a child apparently in distress. At the heart of this two-hour movie are the internally relationships between the parents and their daughter and son along with a doting grandmother and new arrival.

Good acting that is rather relaxed sort of obscures the overly long length of this film. Finally, things liven up near the film’s end when the long arm of the law makes an appearance. Up until then some viewers may have been left on auto pilot as things move along at a rather overly glacial pace. Made with English subtitles. Here the acting is uniformly good, the subject matter interesting and the setting many will be able to relate to. Shoplifters also benefits from a soothing score.