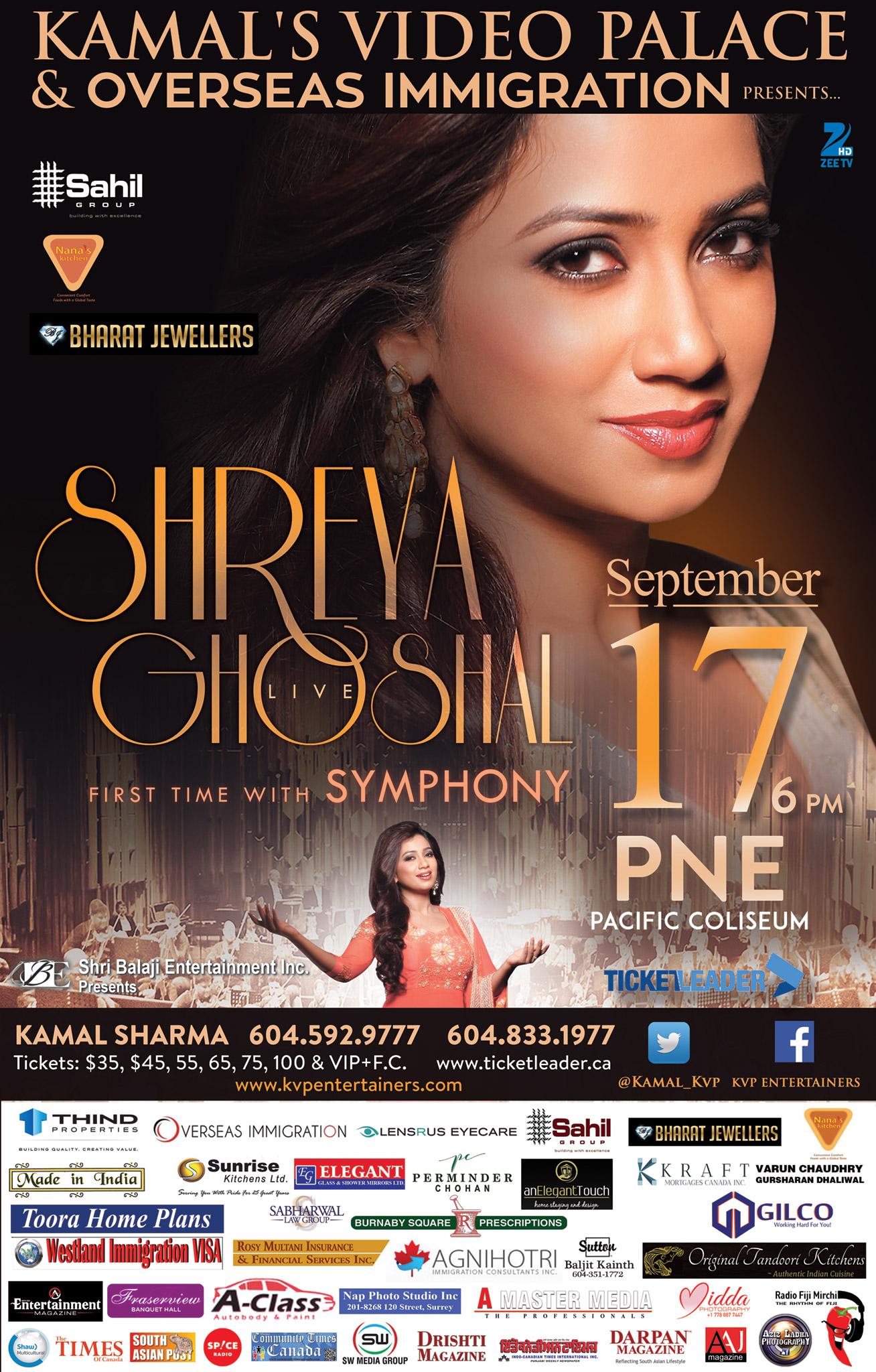 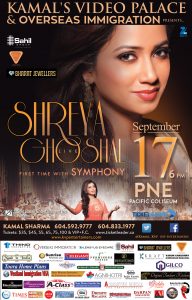 With 12 concerts in 12 cities, Shreya Ghoshal embarked on her most ambitious North American Tour as she became the first Indian female singer to perform with the Symphony Orchestra for the first time and it’s indeed an honour to have Vancouver as one of the host cities. Having completed the first leg of the tour with sold out performances in Detroit, San Francisco & Los Angeles, the excitement is building up for the rest of the tour and after attending her inspiring performance at the Oakland Arena, I’ll say that music fans are in for a treat at Vancouver’s iconic Pacific Coliseum, PNE on Sunday, September 17th.

With some of the most recognized musicians in the orchestra and four back up vocal singers, the stage was set for an amazing evening and Shreya sang her most popular new songs to the delight of the packed audiences but the biggest applause was reserved for her tribute to the legends like music maestros Salil Choudhry, S.D. Burman, Madan Mohan, Laxmikant Pyarelal, Hemant Kumar & R.D. Burman as Shreya sang the evergreen classics of Lata Mangeshkar & Asha Bhosle. Accompanying Shreya Ghoshal is the young Kinjal Chatterjee, Sa Re Ga Ma Pa finalist and regular on Zee Bangla, who won the hearts of all with his superb rendering of some of the latest hits.

KVP Entertainers has always strived to bring the best in entertainment and Shreya Ghoshal Live with Symphony is certainly one of the most prestigious event of their 23 years in concert promotion. With the best in Sound, Lighting, Video & Special Effects in one of the best venues in North America, KVP Entertainers latest offering is a must for all music fans and something that each and everyone will cherish for a long time as events like these are not so easy to get and remember, Vancouver is one proud city to host India’s finest Shreya Ghoshal!