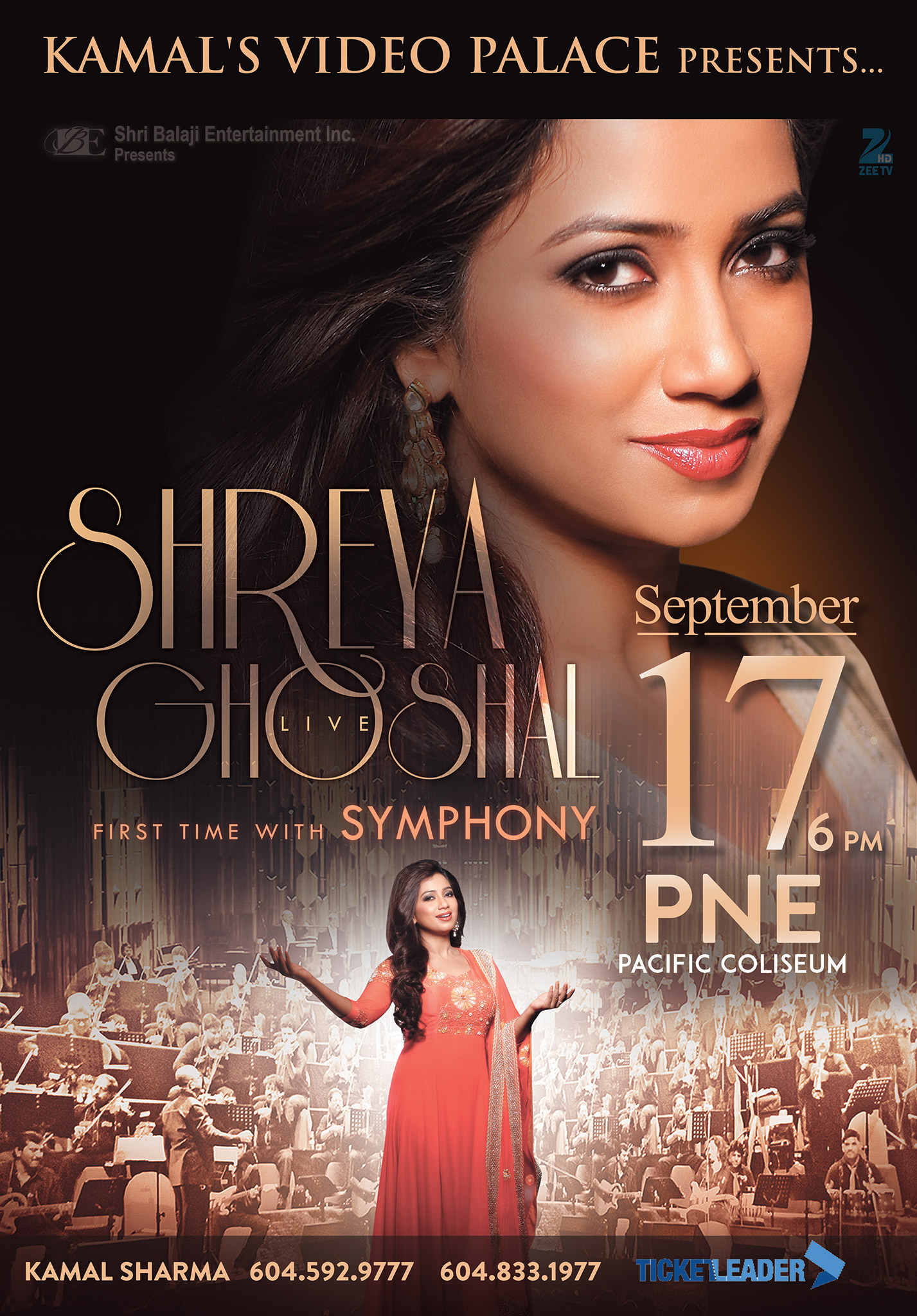 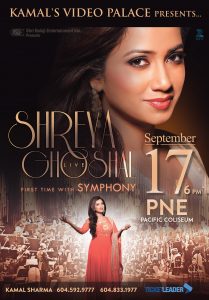 Shreya Ghoshal is acknowledged as India’s finest singer and with four National awards, six Film Fare awards & nine South Film Fare awards, she’s also one the busiest Bollywood singers in the world. Hailed as the ‘Melody Queen’ & ‘Queen Bee’ and the ‘Future of Indian Singing’, the 33-year-old singer has been singing from the age of six and recently became the first Indian singer ever to have her wax statue at Madame Tussaud’s Wax Museum in New Delhi, India. She was only sixteen when she sang for Aishwarya Rai to Ismail Darbar’s music in Sanjay Leela Bhansali’s Devdas (2000) & won her first National best singer award. Ever since, she has sung for all the top music directors, for the top actors, and with top singers to be called the ‘Nightingale of India’.

KVP Entertainers introduced this amazingly popular singer, who has performed to capacity crowds all over the world, to Vancouver in 2012 & followed it again in 2014. However, her 2017 North American Tour will be a delight to all music lovers as she’s accompanied by the top instrumentalists of the Indian Symphony for the first time. With Shreya Ghoshal singing her popular songs & her favourites over the years to the music of the Symphony Orchestra, this 3.5 hour musical is a must for all music lovers as she performs at Vancouver’s iconic Pacific Coliseum, PNE on Sunday, September 17nth at 6 PM. Tickets at $35, 45, 55, 75, 100 & VIP plus Facility Charges are available at Kamal’s Video Palace, Surrey  or www.ticketleader.ca and for more information, please call Kamal Sharma  of KVP Entertainers at (604) 833-1977 or (604) 592-9777.