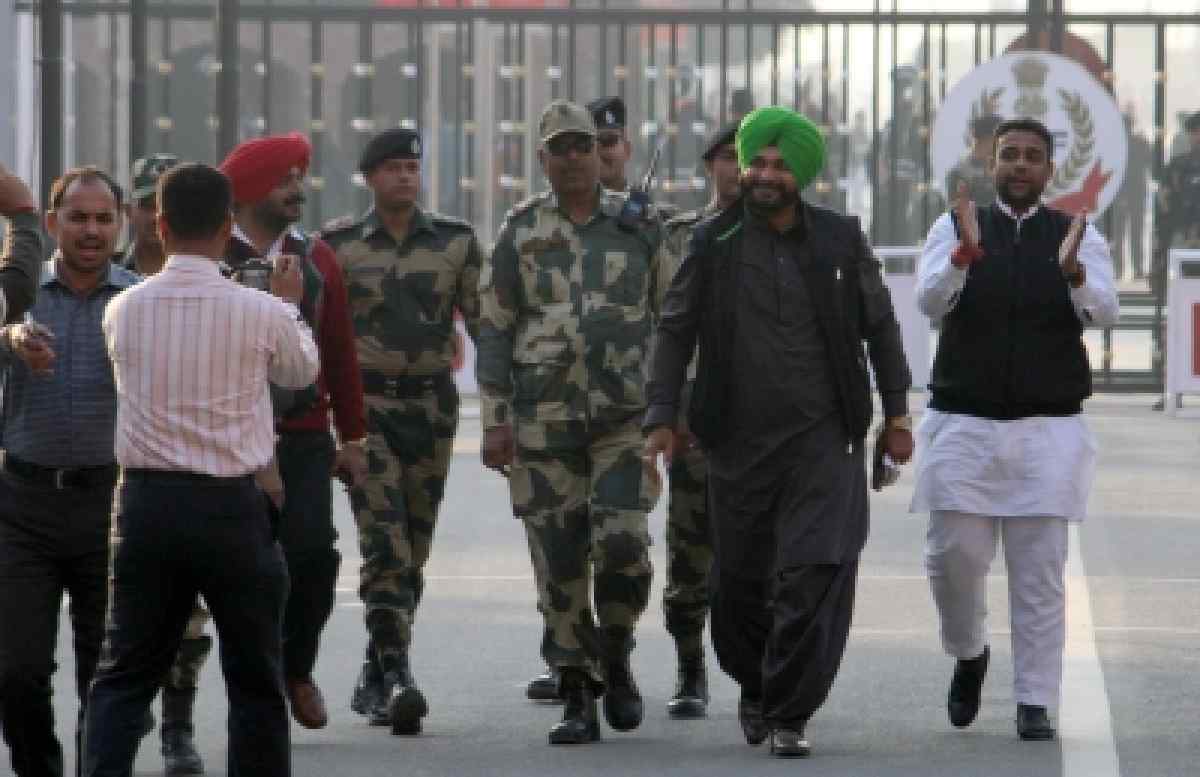 Attari (Punjab): Punjab cabinet minister Navjot Singh Sidhu returned from Pakistan on Thursday and played down his photographs with pro-Khalistan elements which went viral during his three-day trip to the neighbouring country.

Sidhu continued to harp on the Kartarpur Corridor and the “infinite possibilities” it had, including normalizing strained relations between India and Pakistan.

“I have come back with a message of peace and love. Let us end this hatred with the blessings of Guru Nanak Dev,” Sidhu told media here after returning from Pakistan.

Asked about his photograph with pro-Khalistani Gopal Singh Chawla in Pakistan, Sidhu made light of it, saying thousands of people came to him in Pakistan for selfies.

“Everyday, there were at least 10,000 people taking photos with me. I don’t know who is Chawla and Cheema,” Sidhu said.

Chawla, who lives in Pakistan, is known for his pro-Khalistan rant and activities. He has been photographed earlier with terrorist Hafiz Saeed.

Sidhu was in Pakistan for Wednesday’s ground breaking ceremony of the Kartarpur Corridor which will allow people from India to have visa-free access to Kartarpur Sahib gurdwara.

It was at the Kartarpur gurdwara, which is located around 2km from the international border and is situated right opposite the border belt in Dera Baba Nanak in Indian Punjab’s Gurdaspur district, that Sikhism founder Guru Nanak Dev (1469-1539) spent 18 years of his life till he died in 1539.

The gurdwara, which fell in Pakistan territory following the Partition of India in 1947, has big significance in Sikh religion and history. Even since Partition, Sikhs have been offering prayers near the international border while watching the gurdwara from a distance.