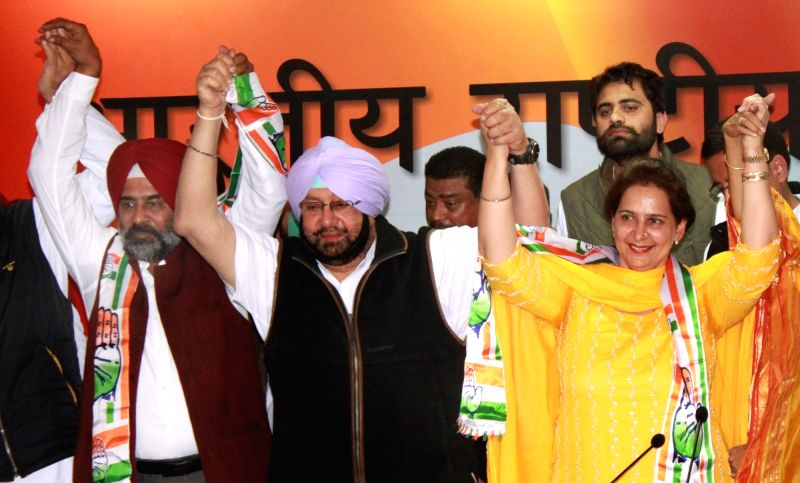 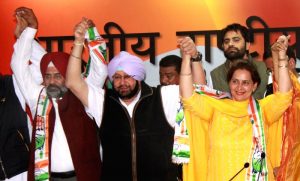 Hinting at Sidhu’s entry to the Congress, Navjot Kaur said: “We are one soul in two bodies. The body can’t live without the soul. The body has to follow the soul. We are soulmates. When he comes, you’ll get to know.”

She said she had joined the party “unconditionally” and will fulfil whatever responsibility the party assigns her.

Punjab Congress President Captain Amarinder Singh said: “If Mrs Sidhu is here, do you think Mr Sidhu is not going to be with us ?”

“I have not met him so far. I have not spoken to him. He is still in Mumbai; he’ll come in one or two days. When he comes to Delhi, we will discuss and then will let you know,” Singh told the media here.

There is speculation that Navjot Singh Sidhu, after joining the Congress, will contest by-poll for the Amritsar Lok Sabha seat, which was vacated by Amarinder Singh on November 11 in the wake of the Supreme Court verdict on a Presidential reference on the Sutlej-Yamuna Link canal issue.

Asked if the former cricketer will contest the Amritsar by-election, Amarinder Singh replied: “I do not know; as I said, I have not met Mr. Sidhu. Unless I talk to him, how can I say what role he would like to play? … whether he wants to contest the Lok Sbaha elections or play some other role?”

Amarinder Singh, a former Punjab Chief Minister, resigned from the Lok Sabha to protest against what he said was “injustice” to his state after the Supreme Court held as “unconstitutional” a 2004 law passed by the Punjab assembly to deny Haryana and other states a share in the Sutlej-Yamuna waters.

Pargat and Navjot Kaur met the Congress high command here last week regarding their entry to the party ahead of the Punjab assembly elections early next year.

Navjot Kaur Sidhu resigned from the Bharatiya Janata Party on October 8. She represented Amritsar East constituency in the Punjab assembly. She is also a former Chief Parliamentary Secretary of the Punjab government.

Pargat Singh was earlier associated with the ruling Shiromani Akali Dal in Punjab. He represents Jalandhar Cantt constituency in the state assembly.