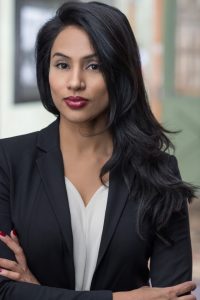 Simi joined the VPD on December 5th, 2016, after spending more than a decade at BC Hydro – Canada’s third largest electrical utility – in progressively senior communications and public affairs roles. Most recently at BC Hydro, Simi was the manager of Media Relations and Issues Management and the lead spokesperson for the company. Simi and her team developed and implemented the media and issues strategy and dealt with news media from all regions of the province. She led communications for a variety of issues and corporate initiatives, ranging from power outages and electricity rate increases, to promoting conservation programs and highlighting billion-dollar capital projects. One of Simi’s career highlights at BC Hydro was dealing with the aftermath of the 2015 windstorm – the worst storm in the company’s history.

In 2008, Simi won an IABC Gold Quill merit award as the editor of BC Hydro’s employee magazine. Simi studied communications at Simon Fraser University and graduated with a bachelor’s degree.