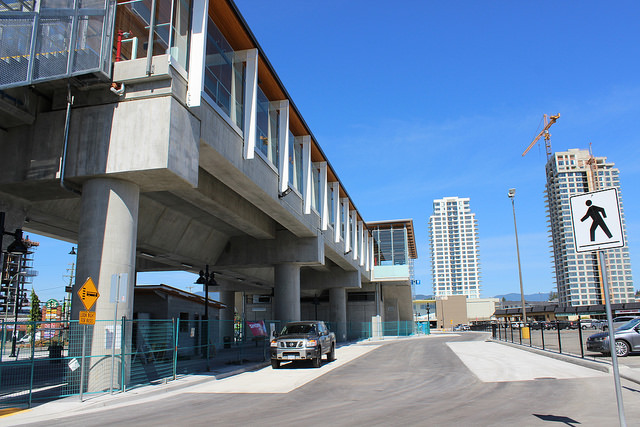 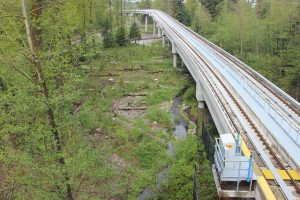 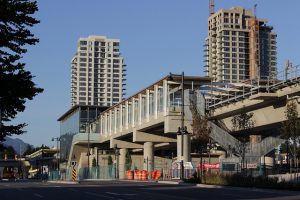 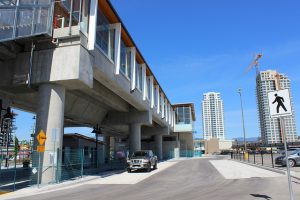 Trains on the Evergreen extension are expected to start running on Dec. 2, 2016. Information on the exact time the stations will open to the public will be provided soon.

The Government of Canada, the Province of British Columbia and TransLink are proud partners in the Evergreen Line Project, which will soon link the municipalities of Coquitlam, Port Coquitlam, Port Moody and Burnaby to the Metro Vancouver SkyTrain system.

The extension will carry 70,000 people per day by 2021 as commuters choose this modern, convenient and efficient link between the Tri-Cities communities and downtown Vancouver.

Now that construction of the Evergreen extension is complete, TransLink will take over the operation of the system. TransLink will launch its public awareness campaign today to keep the community and customers aware of opening day activities and timing for the introduction of new and modified bus services.

The 11-kilometre Evergreen extension will carry people from Coquitlam to Burnaby in approximately 15 minutes with direct connection to the existing Millennium Line in Burnaby and the regional transit network. It will generate economic development and support community growth along the route by providing efficient and reliable transit connections and service.

Ron McKinnon, MP for Coquitlam – Port Coquitlam, on behalf of the Honourable Amarjeet Sohi, Minister of Infrastructure and Communities said: “The Government of Canada recognizes that we need a solid partnership with all orders of government to support infrastructure projects that help the middle class grow and prosper now and into the future. The Evergreen extension will help get people where they need to go safely, efficiently and comfortably, and I am very pleased that it will be in service in the coming weeks.”

Todd Stone, B.C. Minister of Transportation and Infrastructure said: “Today marks an exciting milestone in the Evergreen Line Project. Now that construction is complete, we are handing the reins over to TransLink to do their final preparation and staff training in anticipation of opening day. We are in the home stretch and we’re looking forward to the opening of this critical addition to the region’s transportation network.”

Peter Fassbender, Minister of Community, Sport and Cultural Development and Minister Responsible for TransLink said: “The eagerly-awaited Evergreen extension will soon be up and running and will improve transportation in the Metro Vancouver area for residents and visitors alike. Once open, we will have another quick and efficient public transit option, which will ease traffic congestion, reduce GHGs and contribute to the creation of liveable communities in the region.”

Linda Reimer, Port Moody-Coquitlam MLA said: “Families and businesses have been waiting for rapid transit to link their communities, cut commute times, and provide more transportation choices. In a few short weeks, the Evergreen extension will be a part of our communities for generations to come.”

Kevin Desmond, CEO, TransLink said: “We are thrilled that our customers and neighbours across the Tri-Cities will soon have more transit choices to seamlessly connect to the Metro Vancouver transit network. We are focused on ensuring a smooth transition for customers and continue to get ready behind the scenes; testing the extension, planning the Community Celebration and preparing for bus integration after Evergreen opens.”