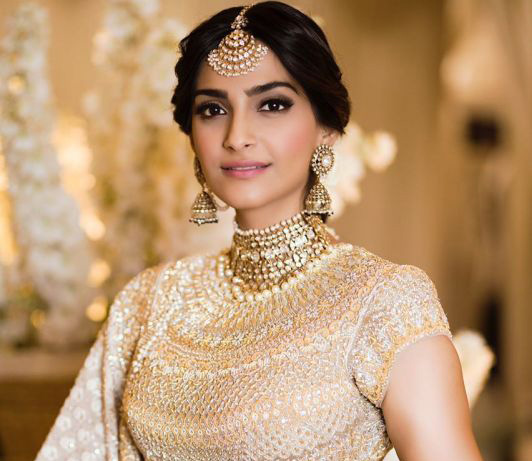 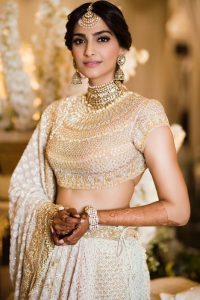 Mumbai: Actress Sonam Kapoor was elegance personified as she chose to be in sync with the ‘shades of white’ dress code for her sangeet ceremony here on Monday evening, a day before her wedding to Delhi-based businessman Anand Ahuja.

Sonam wore a traditional dress that featured a heavily-embroidered gold blouse and ivory-gold lehena. She matched the dress with traditional jewellery — jadau neckpiece, maang-tika and jhumkas. Her hair was neatly done up in a long braid and adorned with a white garland.

The sangeet ceremony took place at the Sunteck Signature Island.

Several celebrities and close friends turned up at the function dressed in different shades of white.

Director Farah Khan, who has a huge leg injury, arrived with her three children.

Though media was not allowed to go inside, all the guests came out and greeted the photographers. Sonam’s fans will have to do with sneak peeks and videos shared by her friends and family on social media.

Sonam and Anand are to tie the knot on Tuesday at 11 a.m. The reception and wedding party will take place at The Leela in the evening.