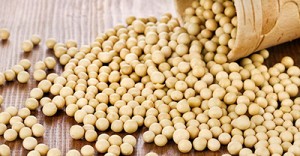 Washington, May 27 (IANS) Contrary to previous findings suggesting a link between soy intake and decreased asthma severity, a new study by scientists, including an Indian-American shows soy supplements do not improve lung function for patients with asthma.

The paper highlights the importance of focusing on overall health to manage disease, rather than individual strategies such as increasing soy consumption.

“You are what you eat, but that’s a whole constellation of foods, not just a single food or a single component of a food,” said first author Lewis Smith, professor of medicine at Northwestern University Feinberg School of Medicine.

“Instead of focusing on supplements, we should be taking a more holistic approach,” Smith said.

The study explored the effects of soy in 386 adults and children aged 12 or older with poorly controlled asthma. All were taking medicine to treat their asthma but none were consuming soy.

In the randomized study, half of the participants took a soy isoflavone supplement twice daily for six months, and the other half took a placebo.

“We found that the supplement, though able to increase blood levels of the key soy isoflavone genistein, did not improve lung function, symptoms or measures of inflammation in these individuals,” Smith said.

“This study highlights why it is so important to perform well-designed, placebo-controlled studies when associations are reported between specific nutrients and disease outcomes,” Smith said.

The study appeared in the Journal of the American Medical Association (JAMA).