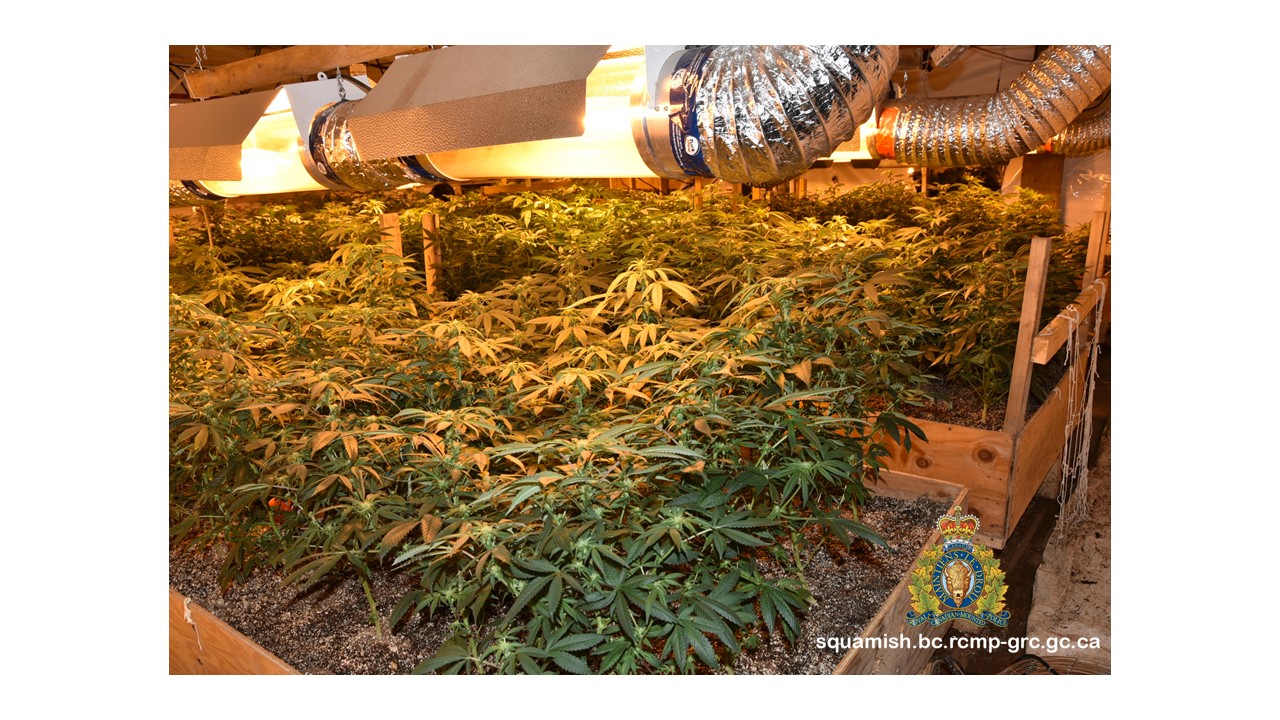 Once the teams arrived at the location, investigators located a barn which was converted into a 1,500 plant Cannabis Cultivation operation and an active Butane Honey Oil (BHO) operation.  The BHO production was a dangerous large organic solvent operation with high end equipment. Under the new Cannabis Control and Licencing Act Section 12 the alteration of Cannabis with organic solvents such as butane is prohibited.

BC Hydro officials were present on scene with the police and were able to identify a full electrical diversion specifically designed to steal electricity to power the large scale operation.

A man, from Squamish, was located and arrested on the property and later released pending further investigation.

“There are numerous safety hazards associated with electrical theft and cannabis production, notably the risks associated with BHO operations due to the volatility of Butane” stated Sergeant Jeff Shore from the Sea to Sky General Investigations Section. “Despite the legalization of Cannabis, the RCMP will continue criminal enforcement efforts when it comes to youth, public safety and organized crime.”

The police are continuing their investigation and in order to identify all persons responsible for these offences they are asking anyone with information to contact the Squamish RCMP at 604-892-6100, contact Crimestoppers at 1-800-222-TIPS, or go to www.solvecrime.ca.