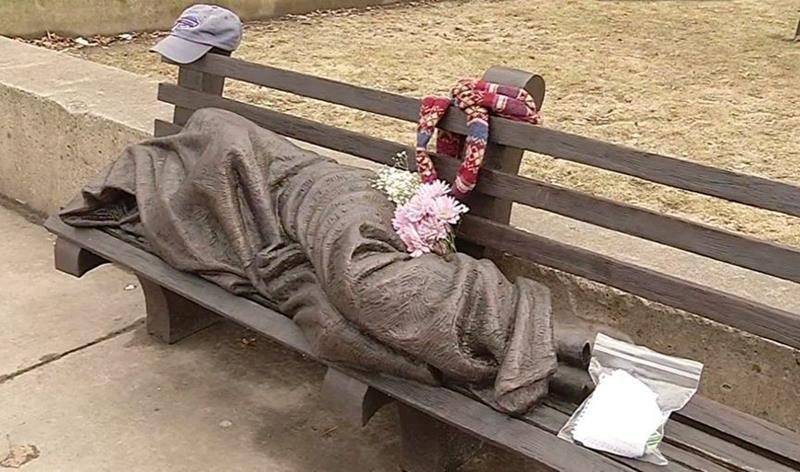 The Canadian Press
BUFFALO, New York: A statue made by an Ontario sculptor that depicts a homeless Jesus sleeping on a park bench in downtown Buffalo has prompted people to leave money, food and other items.
The bronze statue was unveiled last Tuesday outside St. Paul’s Episcopal Cathedral, which raised money for the public art project through private donations.
The work by Timothy Schmalz shows a blanket-shrouded Jesus, identifiable only by the crucifixion wounds on his feet.
A local television station, WIVB-TV, reports that soon after its unveiling, offerings apparently meant for Buffalo’s homeless began showing up on the statue.
Church members and clergy say the items have included money, food, books, a Buffalo Bills cap and a scarf.
The church collects the items each day and donates them to a local organization that helps the homeless.
___
Information from: WIVB-TV, http://www.wivb.com
© 2015 The Canadian Press