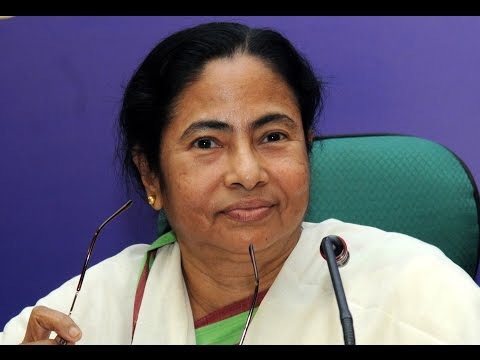 New Delhi/Kolkata, March 15 (IANS) A sting operation allegedly showing several Trinamool Congress leaders accepting money in return for lobbying for a private firm snowballed into a major political row on Tuesday both within and outside parliament.

The issue figured prominently in the Lok Sabha during Zero Hour.

Much to the chagrin of poll-bound West Bengal’s ruling Trinamool Congress, the Bharatiya Janata Party (BJP) urged Governor K.N. Tripathi for a CBI probe while the Communist Party of India-Marxist (CPI-M) said any leader shown in the video footage should not be allowed to contest the assembly polls.

“It is a manufactured video. There is a political motive behind all these,” he told reporters.

His party colleague and Dum Dum MP Saugata Roy alleged in the Lok Sabha: “There is a political conspiracy against Trinamool by the three parties — BJP, Congress and CPI-M — as they all are going to lose the upcoming assembly elections.”

Pressing for its demand for Chief Minister Mamata Banerjee’s resignation as well as a CBI probe into the alleged bribery scandal, the BJP organised a protest march in Kolkata and submitted a memorandum to Governor Tripathi.

“Neither the chief minster nor the Trinamool government has any right to continue. We have placed our demand with the governor seeking his intervention in the matter,” BJP general secretary Kailash Vijayvargiya said in Kolkata after meeting the governor.

The sting operation, purported to have been done by a news portal, figured prominently in the Lok Sabha during Zero Hour and members from the BJP, CPI-M and Congress unitedly demanded a house probe.

“We are ashamed that we have to sit along with some members who have been shown receiving money in return for lobbying,” said Mohammad Salim of the CPI-M.

He urged the Lok Sabha speaker to call for the CDs from the portal which conducted the sting and order a probe.

The issue was also sought to be raised in the Rajya Sabha but Deputy Chairman P.J. Kurien said it can be raised only after giving proper notice.

The Lok Sabha proceedings during Zero Hour were also marked by exchange of heated words between Trinamool members like Saugata Roy and Sultan Ahmed on one side and the likes of Salim (CPI-M) and other Left members and Chowdhury on the other.

Parliamentary Affairs Minister M. Venkaiah Naidu said truth must prevail in the matter since it was related to the conduct of the elected MPs.

“The matter needs to be probed either by the government or by the Lok Sabha speaker to establish the truth. Truth must prevail in the case,” he said.

In West Bengal, Trinamool’s arch rival CPI-M stepped up its attack and demanded that the leaders shown in the footage be debarred from contesting the assembly elections.

“Some of the leaders shown in the video accepting bribes are contesting in the assembly polls. They should not be allowed to contest,” CPI-M leader Rabin Deb said on Monday.