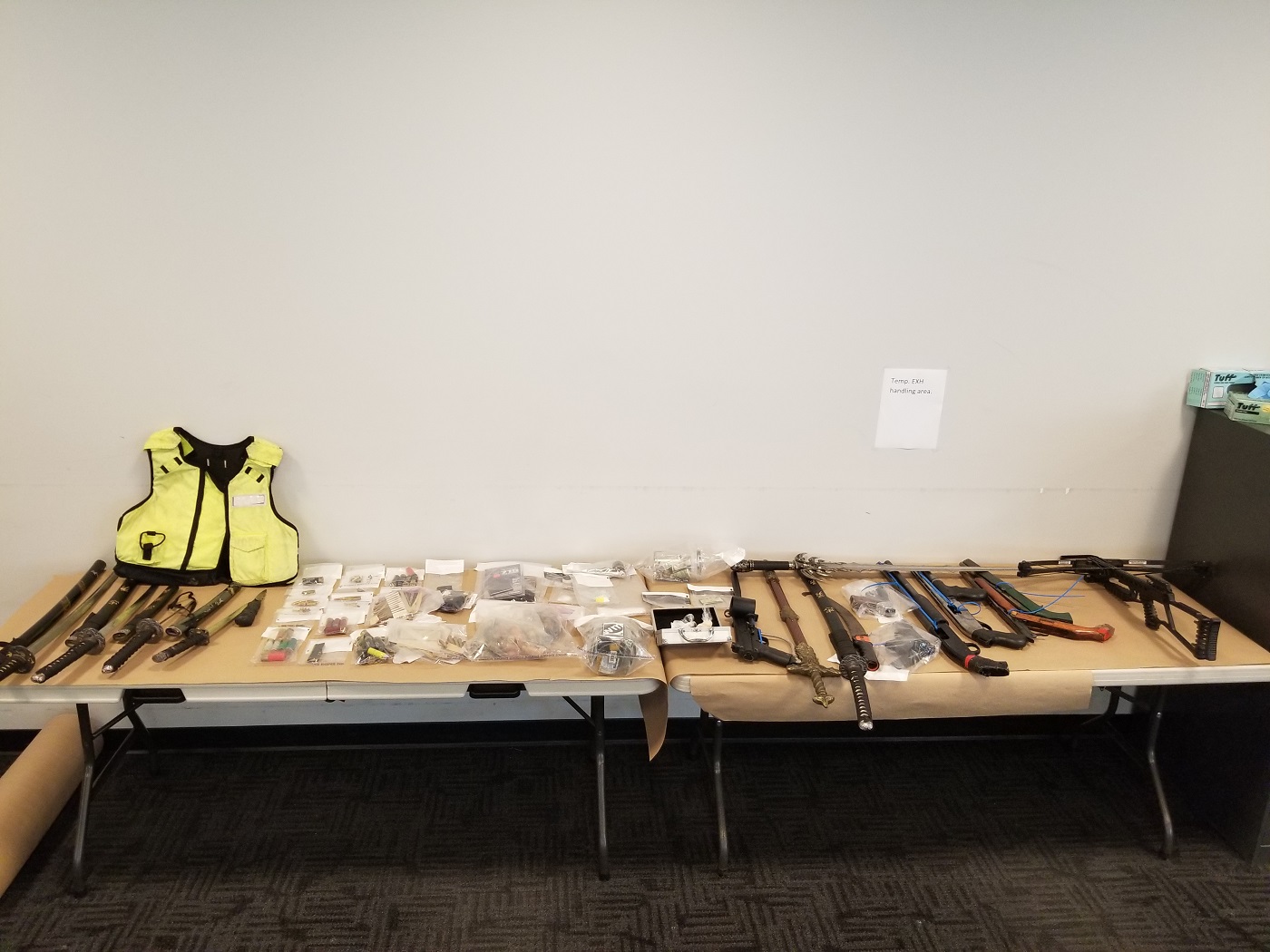 Surrey: The Surrey RCMP Auto Crime Target Team (ACTT) has seized a number of weapons, including six firearms, and a cross bow from a residence in Surrey, as a result of a stolen vehicle investigation.

On August 15, ACTT officers began their investigation after observing a stolen 2018 Audi Q7 in the 10600-block of 137A Street in Surrey. With the assistance of Air 1, the vehicle was tracked to a nearby parking garage where the alleged driver and an accomplice were tracked to a residence in the 10600 block of 137A Street. Police located and arrested eight occupants of the associated residence; three of whom were held in custody for a court appearance.

On August 16, ACTT executed a search warrant at the residence with the assistance of the Surrey Drug Unit, and the Surrey Gang Enforcement Team.

As a result of this investigation, police located and seized a number of items including:

Robert Leo Jones, 37 years old, of Richmond, BC has been charged with possession of stolen property over $5000, driving while disqualified, and breaching court imposed conditions.

No other charges have been laid at this time as the investigation is on-going.

“This investigation and seizure highlight the importance of reporting property crime.” said Cpl Chris Kajan “In this case a reported stolen vehicle was the catalyst which allowed us to remove six guns from the street, and gather valuable evidence and information for our continued efforts to address criminal activity in Surrey.”