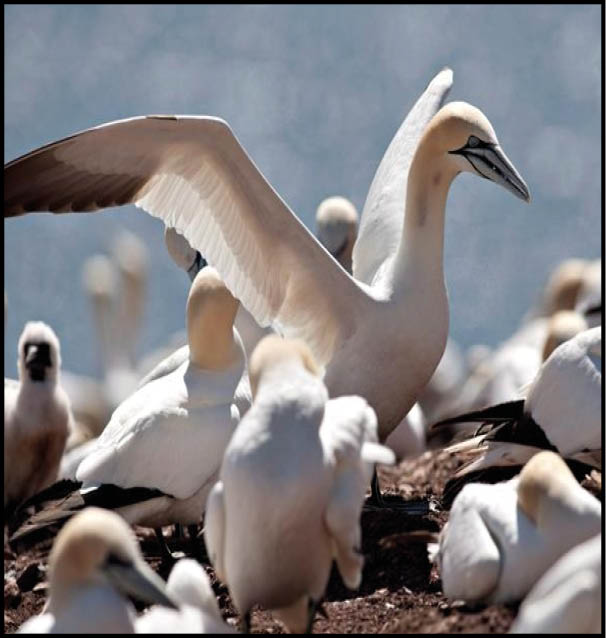 Montreal: The carcasses of thousands of white gannets have been covering the shores of Quebec’s Iles-de-la-Madeleine for the last two weeks, victims of highly pathogenic avian influenza.
“Nobody had to tell me that this was happening; it’s obvious _ we’re talking about thousands of dead birds,’’ Iles-de-la-Madeleine Mayor Jonathan Lapierre said in a recent interview.
“We’re not talking about waste or an ordinary situation. We’re talking about an extraordinary event outside of our own control. Especially since we don’t have an incinerator _ we don’t have a landfill. We’re on an island!’’
Quebec’s Wildlife Department says that since May 24, it has confirmed several hundred cases of highly pathogenic H5N1 on Iles-de-la-Madeleine, an archipelago of islands in the Gulf of St. Lawrence. Lapierre said the operation to dispose of all the dead animals has begun. The carcasses, he added, have to be moved out by boat.

By Virginie Ann
The Canadian Press