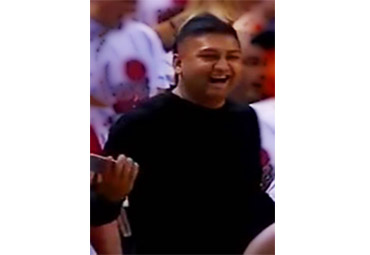 By Michelle McQuigge, The Canadian Press

Toronto: Toronto police and the family of a man shot dead earlier this week are both issuing public appeals for help in solving the city’s 33rd homicide of the year.

Det. Sgt. Joyce Schertzer is asking people to come forward if they have information on the shooting death of Sukh Deo, or knowledge of a black Honda Civic believed to be involved.

Deo’s family is echoing that call and asking the public not to judge their relative by media accounts they say are untrue.

Deo, 35, was gunned down on Tuesday in the typically peaceful midtown neighbourhood of Yonge Street and Eglinton Avenue.

Media reports have said Deo was from Vancouver and allegedly had ties to gang activity there.

Schertzer confirmed that Deo was not from Toronto and said his shooting was targeted, but would not comment further.

She said he was known to police, but not to the local force.

Deo’s family sent an email released by Toronto police in which they pleaded for privacy and understanding.

“There have been many things written and said about Sukh alleging all manner of things that are not true,” the email read. “To his family he was a loving son, a loving brother, and a loving husband and father of two very young children. His family is shattered by his death.”

Deo’s death comes in a year that has seen a dramatic spike in gun violence throughout the city.

Toronto Police Chief Mark Saunders and Mayor John Tory have both spoken out on the need for public support to end the spate of shootings.

In a letter to federal Public Safety Minister Ralph Goodale and his Ontario counterpart Yasir Naqvi, Tory linked the rise in gun violence to firearms from the United States, saying about half of illegal guns seized by police have been smuggled across the border.

Schertzer said Deo’s death has an impact beyond his own circle.

“Any shooting is shocking. Not to marginalize the impact or the grieving of the family of this individual, but any shooting makes a victim of the community.”