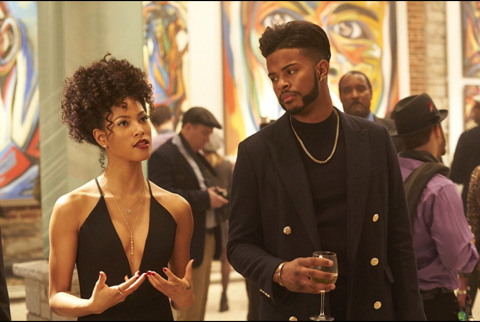 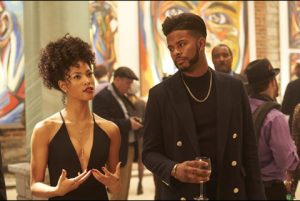 Drugs are everywhere. Perfect timing with the upcoming legalization of marijuana in Canada comes SuprFly. Taking off where the original 1972 blaxploitation film left off this modern crime tale from Sony Pictures hits the mark. Check out the mean streets of Atlanta at sedate Cineplex a theatre around B.C.

A good cast is assembled here by Director X and the atmosphere in this disco era of excess is spot on. Money flows everywhere and the master of his domain is a cool cat called Priest. Power needs to be used wisely and Trevor Jackson fits the role perfectly. No one in the law enforcement community know who Priest is as he flies under the radar. Thanks to a miscue here and there, competition from rival dealers and another missteps Priest’s world becomes chaotic.

Always one step of the law and his rivals it’s always a guessing game as to what this guy will do to maintain control. Oh, and yes, he’s ever the ladies man. Some steamy sex intercuts the graphic violence in this winner take all approach to control the narcotics world and the strange bedfellows such power players keep.

Exciting at times SuperFly lacks the “spark” of the original and misses that film’s masterful theme and songs. Still this film qualifies as a god crime drama with some exceptional performances especially from Jackson.