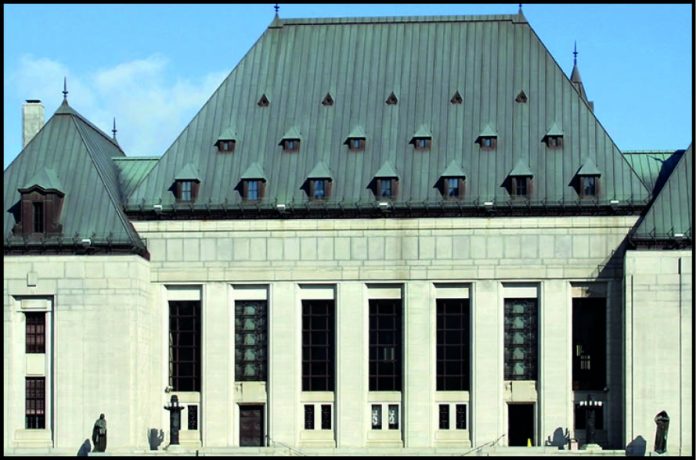 Ottawa: Canada’s highest court turned its attention to the constitutionality of consecutive life sentences for multiple murders on Thursday, hearing arguments about whether the gunman who killed six men at a Quebec City mosque in 2017 can be sentenced to more than 25 years in prison.
Alexandre Bissonnette was originally sentenced to life in prison without being eligible for parole for 40 years after pleading guilty to six counts of first-degree murder and six counts of attempted murder. On appeal, Quebec’s highest court reduced that to a life sentence without parole eligibility for 25 years.
On Thursday, Supreme Court of Canada Chief Justice Richard Wagner questioned Quebec Crown prosecutor Francois Gaudin on whether the consecutive sentences he’s seeking amount to a death sentence for Bissonnette, since the killer would be 77 when he becomes eligible for parole.
“According to your argument, sir, this gentleman will never get out of prison,’’ Wagner said.
Gaudin argued that consecutive sentences totalling 50 years of parole ineligibility are the only way to reflect the heinous nature of Bissonnette’s crimes. He said that in Bissonnette’s case, the ideals of rehabilitation and reintegration into society should be “secondary objectives.’’

By Michel Saba
The Canadian Press