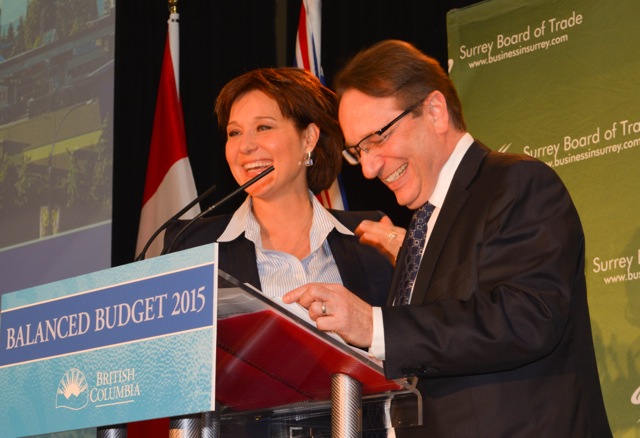 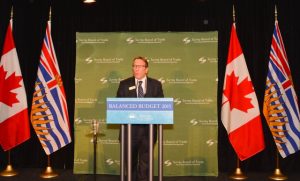 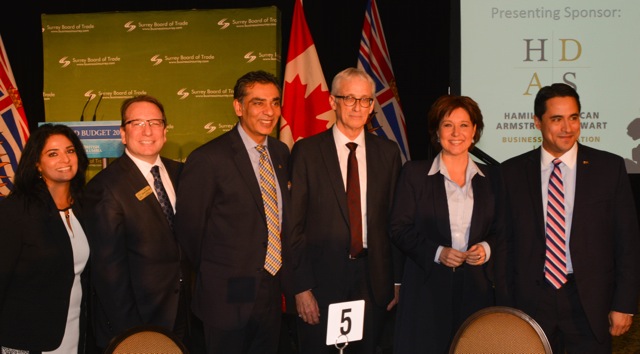 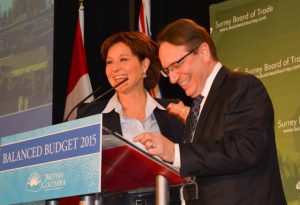 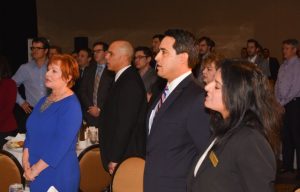 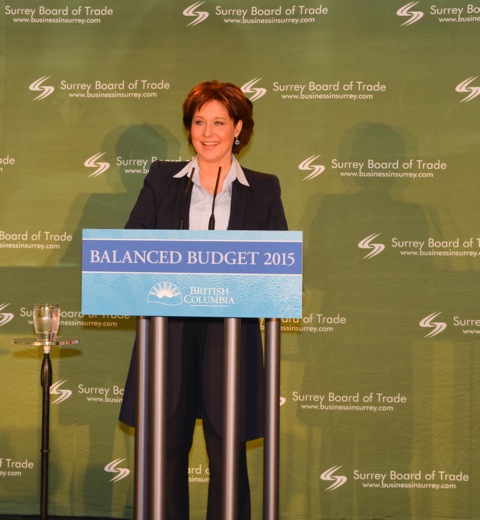 Surrey: Premier Christy Clark outlined the 2015 budget for the business community of Surrey. She spoke about how the BC Budget will work for Businesses and families. Premier highlighted her government’s achievement in presenting three consecutive surplus budgets. In her speech she stated that the government is will use the surplus to pay down the provincial debt, which accrued over $5 billion between 2009 and 2013.