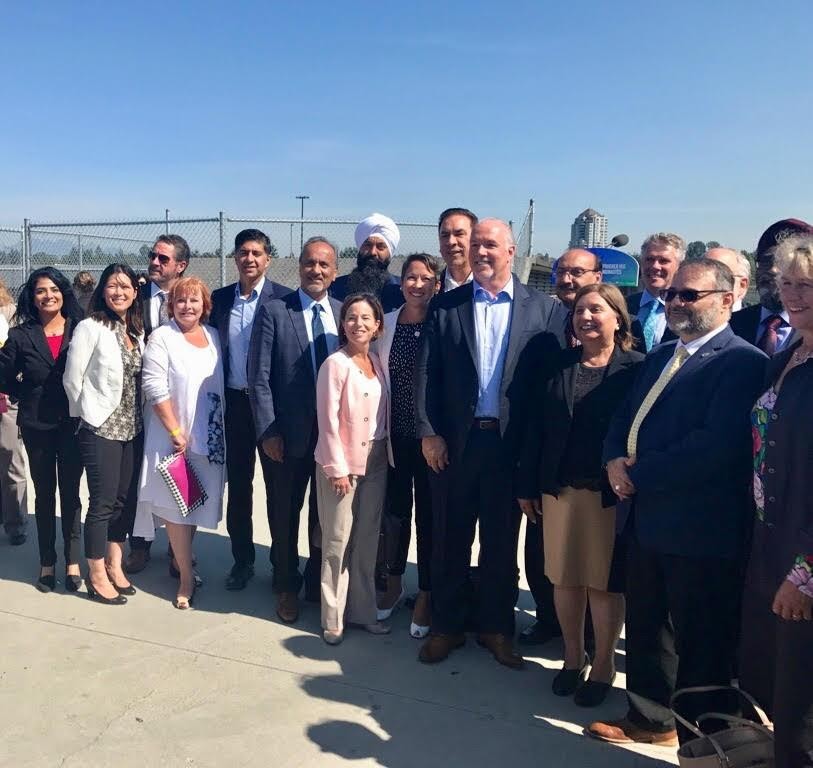 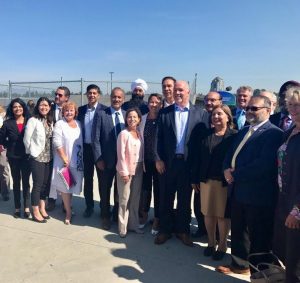 Surrey Board of Trade’s CEO Anita Huberman was invited to the special announcement at SFU Surrey today and was recognized for the business organization’s steadfast support of LRT.

“Surrey will be the largest city in British Columbia. Surrey and the South Fraser Region has been severely underserved in transportation investments. These monies are committed to LRT and can’t be transferred to skytrain infrastructure. The Surrey Board of Trade Policy, through its Transportation Team, is that LRT is the only way to alleviate traffic and congestion, reduce carbon emissions, harness economic and cultural development activity, improving access to communities and businesses.”

“The Surrey Board of Trade’s goal is to ensure all 27 kilometres to Langley City are built. The City of Surrey’s recent light rail infrastructure plan to connect all of Surrey through LRT, beyond the 27 kilometres, will also enhance economic development activity.”

“In Surrey, LRT will boost economic activity. The Surrey Board of Trade has always lobbied for greater interconnection within the city, and the funding committed, with cheques on the way as announced today by both the Prime Minister and the Premier, was needed to get shovels in the ground,” reiterated Anita Huberman. “Improved transportation will allow residents to get around in the city on ground level, benefiting elderly individuals that cannot traverse stairs to platforms like the ones on skytrain stations.”

The Surrey-Newton-Guildford Light Rail Transit project (LRT) will create the first light-rail transit system in British Columbia, using smart city technology. With 11 new stations along 10.5 kilometres of street-level track, the LRT will provide much-needed transit services in underserved areas, connect and revitalize communities, and make it easier to travel across the Lower Mainland.

Not only will communities’ benefit, but job creation will also occur as this project will create thousands of middle-class jobs during construction.

“Bringing light rail to Surrey will transform the city, connect communities and make getting around the Lower Mainland faster and easier… Our government will continue to listen to communities, and make historic investments in the infrastructure they need, today and tomorrow,” said Prime Minister Justin Trudeau.