Surrey: Surrey is a significant step closer to improving justice from the courthouse that has the largest criminal caseload in the province. It also moves Surrey closer to establishing the nexus of services that are offered in a community court.  The announcement by the Attorney General and Minister of Justice, Susan Anton, this morning, said $24.3 million will be put into expanding the Provincial Court Facility with the addition of three courtrooms and two hearing rooms, which pave the way for faster and smoother access to justice, and demonstrate government’s commitment to meeting the justice needs of B.C.’s communities.
“Government recognizes the pressures on courthouse facilities resulting from the rapid growth of the lower Fraser Valley’s population. These improvements will help ensure timely access to justice for British Columbians by alleviating delays caused by caseload backlogs,” said Anton
Important for Surrey as well, is the announcement of the key outcome of the Surrey Criminal Justice Task Force which is a recommendation for the creation of an Integrated Services Network to be led by the City of Surrey. This is to create a single location for all agencies involved in the delivery of programs and services aimed at reducing crime in Surrey. The initial phase would establish an administrative centre for offices in the justice, health and social service sectors. 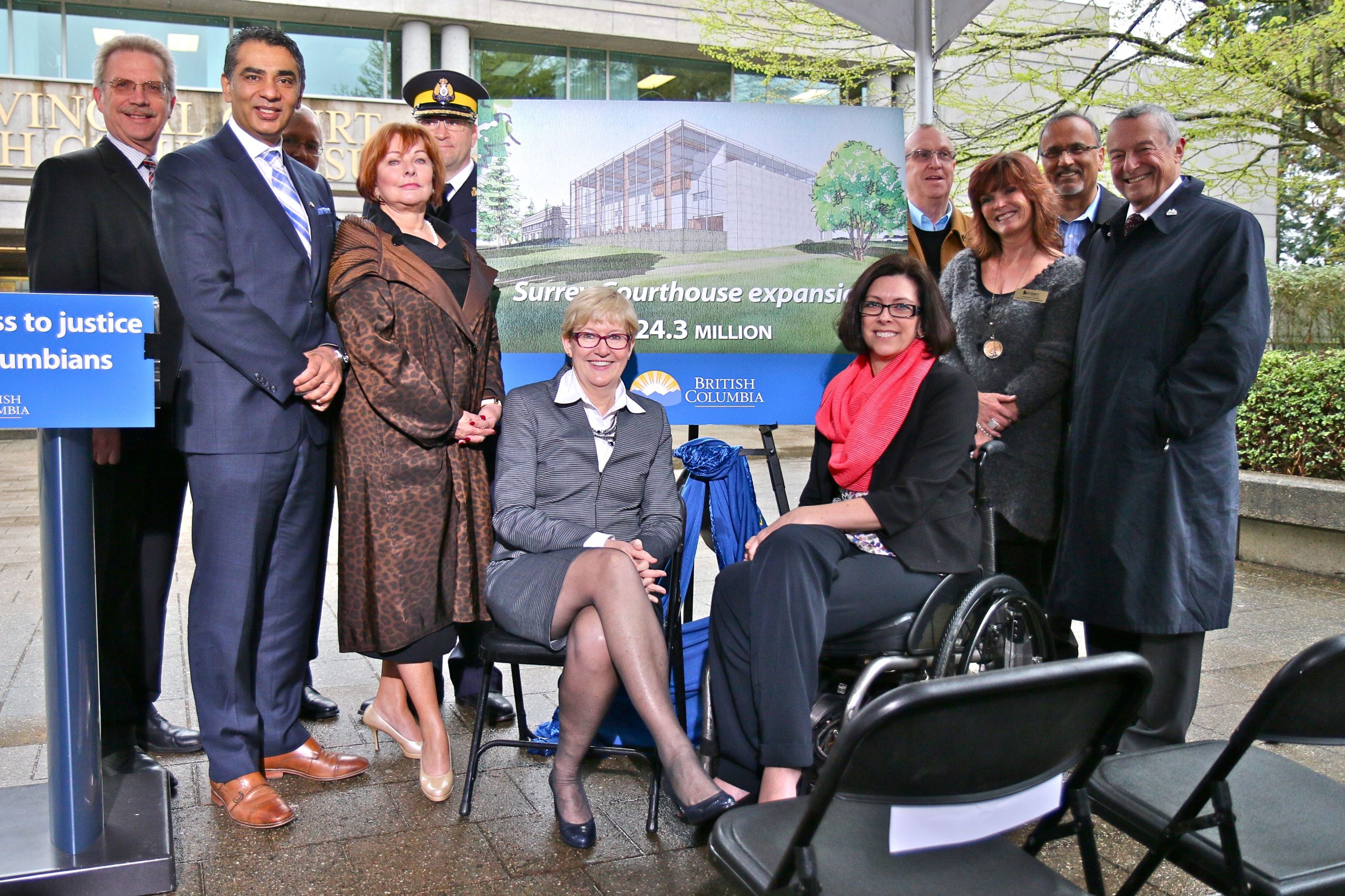 “The Task Force’s recommendation will help directly address the root causes of crime,” said Mayor Linda Hepner. “This means that cases involving mental health, health and family matters, will be referred to timely support services. Ultimately, this will allow for a greater chance of success in reintegrating offenders into positive roles in society.”
“By working collectively with our local justice and community partners, we were able to develop solutions specific to some of our community’s needs,” said RCMP Chief Superintendant, Bill Fordy. “I believe that the recommendation of the task force is another positive step forward and that the Surrey courthouse expansion and the movement towards an Integrated Services Network will have positive impacts on public safety and reduce crime in our city.”
The Surrey Criminal Justice Task Force, was convened by Anton and the City of Surrey, in February 2014, to study persistent crime problems in the community and identify solutions.
The call for construction tender will go out in late 2015, with construction expected to begin in January 2016. The expansion is anticipated to be complete by late 2017.