Asian Journal
Home Hot Off The Press Surrey Food Bank: 33 years and more vital than ever

Surrey: What was hoped to be a temporary service 33 years ago, is as vital as ever for people in all stages of life who find themselves in need.

Serving an average of 250 households daily, the Food Bank is a critical lifeline for a growing number of seniors, young and single parent families, and yet it continues to operate with all funding coming directly from the community, as it does not receive any core government funding.

As people turn their attention to Christmas and the season of giving, the needs of the food bank and the services beyond simply providing food, need to be explored.

“We connect community,” said Surrey Food Bank Executive Director, Marilyn Herrmann. “On our distribution days we can bring in community in a number of different ways. We have the people and they have the services, so this is something very new for us. It’s a new strategy.”

On the day Asian Journal visited, MLA Sue Hammell and her office staff were on site informing the Mums about the BC Government $1,200 education grant program that is available for children between six and nine.

“Parents don’t realize that there is a fund that they can register their children for now, and start building for their kids’ education,” Herrmann said.

She said the food bank ties in with other community programs to nourish the mind and body.

“We have the public library come in every week, to hand out books and share the programs that are available.  We had Services Canada come in to talk to our seniors about some of the grants and funding that might be available for them, and actually found two seniors who didn’t know they were eligible for more money in their pensions. I don’t know if those seniors need us any more because they have more funds to work with to pay their bills, but it would be terrific.” 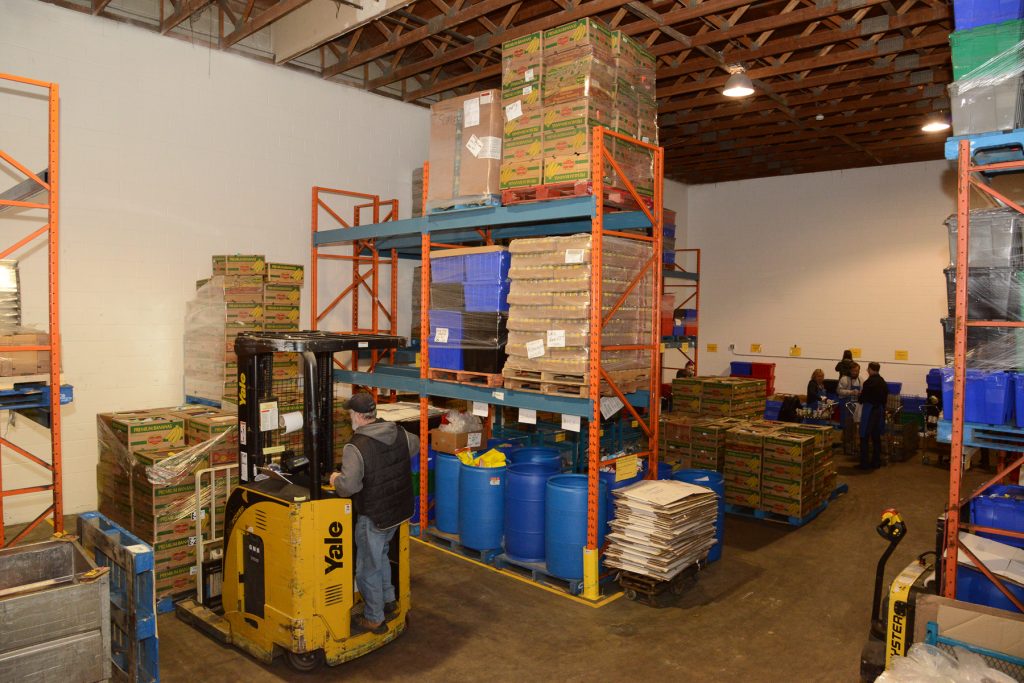 Herrmann described a Slipper Swap Program, from Fraser Health, which she didn’t even know existed.

“When a senior falls and breaks a hip, the cost is so horrific and the amount of recovery time is a long period,” she said.  “We found they were wearing everything from animal slippers to flip flops, obviously things that seniors should not be wearing.  We had a ceremony where we threw them in the garbage, and replaced them with lovely bedroom slippers with a rubber soul and a strap across the top. That’s an example of connecting community, and that program was there, but nobody here knew anything about it.”

“Every second Wednesday afternoon, we have an hour and a half just for our seniors so they can shop for the foods they want,” said Herrmann. “What we didn’t know when we started the program a couple of years ago, was the seniors became friends with each other and started to arrive at nine o’clock in the morning.  We don’t open our doors until 1:30 in the afternoon, so when I asked them why they were here, they said, they had nothing else to do and this was the only time they leave home. I get to talk to people and I get to visit.  So, two weeks ago, Chuck Bailey Rec Centre, located just across the street, opened up their doors for our seniors to have a cup of coffee, sit and visit. They have Christmas music going, and they’re going to have programs for them once they get to know the seniors a little better.  We have ninety seniors, and as of last week thirty-five took advantage of the program. Some don’t arrive until we open our doors but now that this is started, I have a feeling they are going to be coming earlier.  It becomes a social event. There’s a stigma living as a low-income person. You almost feel that you’re not worthy to take part in things because you are different, or you’re perceived as different. That in fact is not true. However, the Chuck Bailey staff and the “Come Share” Seniors Society are putting on a Christmas lunch for the seniors in two weeks. Things that they otherwise wouldn’t be taking part in.” 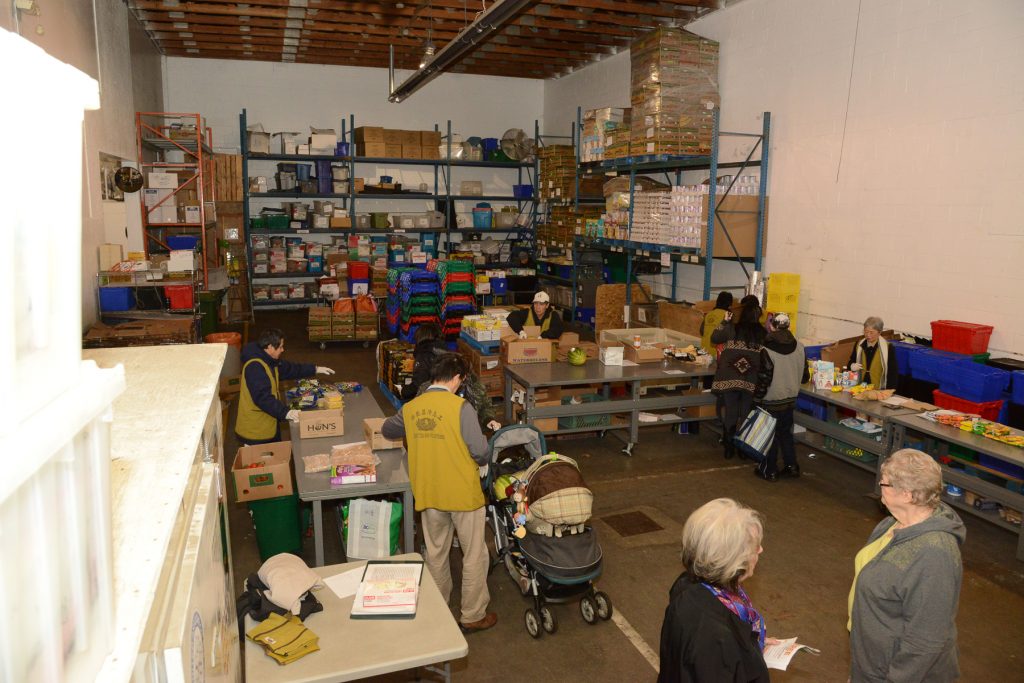 Herrmann said that to develop a better picture of who they are serving and how to do it better, they have just completed a research project with Kwantlen Polytechnic University where they gave them half a million bits of data to show who is using the food bank, how old they are when they come to the bank, and how long they use the food bank for.

“We haven’t released the paper yet,” she said,  “but we’ve discovered that the average age for a female, coming to us for the first time is twenty-eight years old.  The face of the food bank when I started fifteen years ago was the fifty to fifty-five year old male, who had probably lost their job or was dealing with mental health issues or a disability.  The younger demographic was not prevalent like it is now. I think the most interesting data however, is that most of our clients need us only once or twice, then we don’t see them for a long interval of time, if we ever see them again.”

“The other interesting finding in the project,” Herrmann continued, “was that male female distribution was pretty much evenly split (49% to 51%), but as the numbers in the household increase, it’s females, as single parents, that are the head of the household. Within our clientele, we identified 37 different languages that are spoken and are directly related to the immigrant and refugee population who arrive in Surrey one day, and are literally on our doorstep the next day, because they’re told the food bank will help them.”

“I believe most people in the community still think the food bank users are homeless, drug-addicted, lazy people who just won’t get a job,” Herrmann said. “That’s simply not the case. We have a lot of information about that on our website, which we encourage everyone to visit.  We are serving a real need in Surrey and North Delta, as are the other food banks, but it’s not the need that a lot of people think it is.

For more information on giving to the Surrey Food Bank, or for more details on the activities, please see surreyfoodbank.org and for other regions of the Lower Mainland, please go to foodbanksbc.com