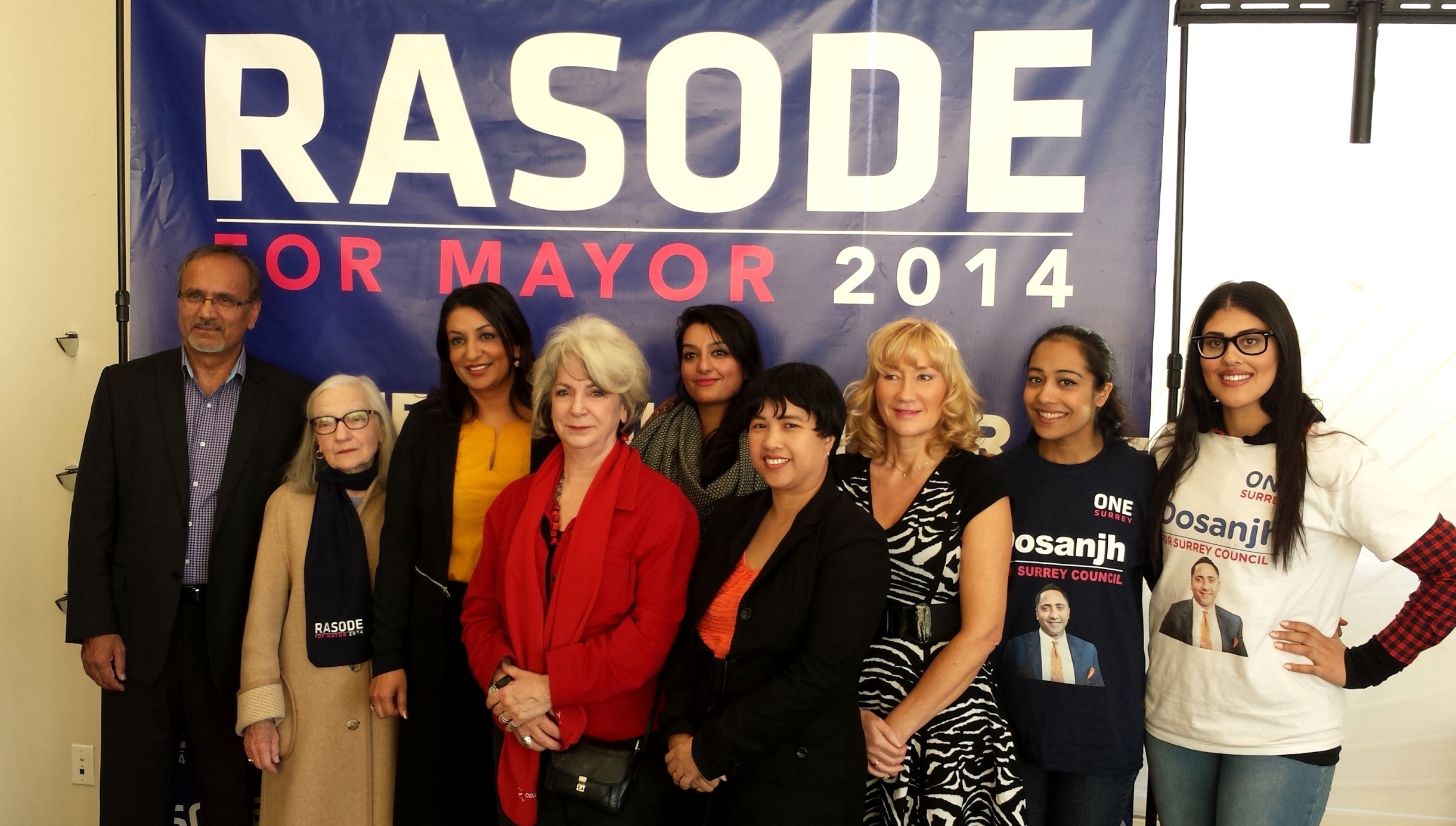 Surrey: Surrey-Green Timbers MLA Sue Hammell and Surrey-Newton MLA Harry Bains have endorsed Mayoral candidate Barinder Rasode for Mayor, says a media release issued by Barinder Rasode. The release says that both the MLAs say Rasode would be an effective Mayor and also serve as an inspiration for women and young people.

“Barinder would make an excellent Mayor. She is extraordinarily well-informed, passionate and a team player. She has done remarkable work in the community, including raising awareness around domestic abuse, and would serve as an outstanding role model for women and young people,” release cited MLA Hammell as saying.

“I’ve known Barinder for 25 years, and she has the character and integrity Surrey needs. We need more women leaders in government, and she would serve as a great inspiration for our youth,” the release quoted MLA Harry Bains as saying.

Rasode says the endorsements are important for her campaign because it further represents the broad coalition she is building.

‘’I have worked hard to create a broad coalition of citizens that represent all facets of our great city. If I can serve as a role model for our daughters, sisters and granddaughters then I am proud to do that, but my main goal is to give every citizen a voice at City Hall. That is what this election is all about,” said Rasode.

Rasode said that Hammell and Bains have served as role models for her as a young politician. “They have worked hard to represent all the voices in Surrey and I look forward to working with them to bring about positive change in Surrey.”