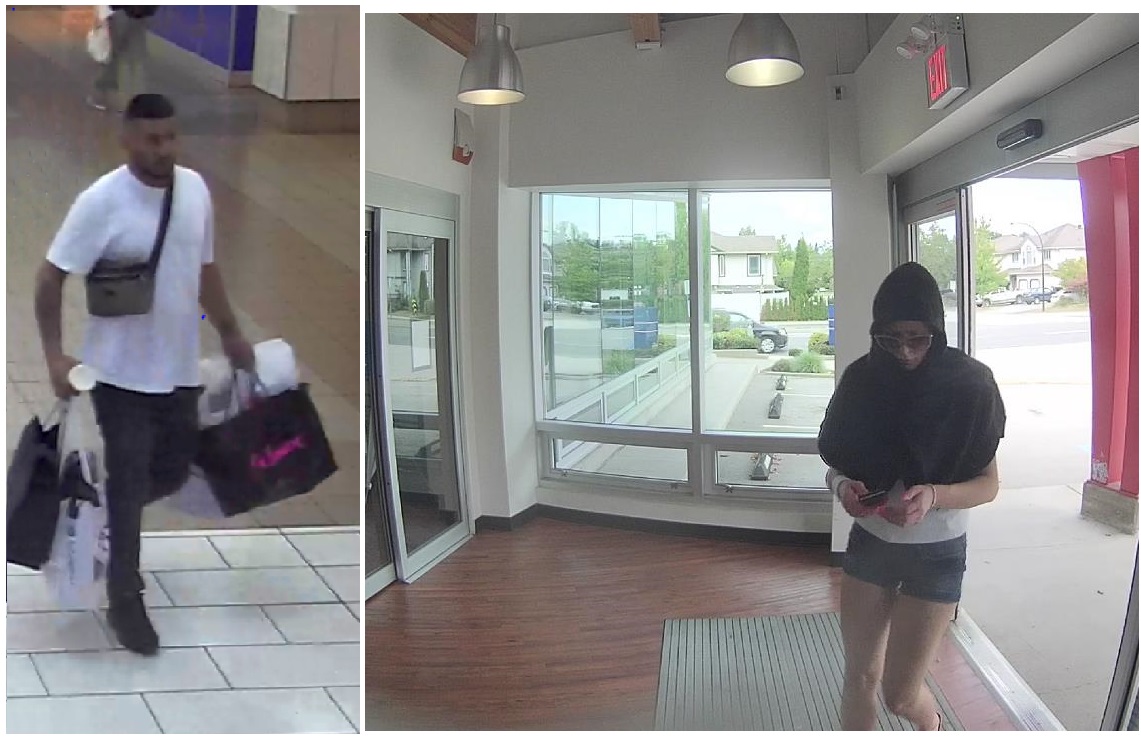 Surrey RCMP is appealing to the public to help identify two people who are suspected of using stolen debit cards to commit approximately $28,000 in fraudulent transactions across the Lower Mainland.

This investigation began on August 14, 2019, after a report that multiple stolen credit cards belonging to a husband and wife, had been fraudulently used in Surrey, Burnaby, and Coquitlam.

Concurrent investigations have been carried out in Burnaby and Coquitlam, including a previous public appeal for information. Surrey RCMP is releasing further photos at this time in an effort to advance this investigation.

The suspects are described as a dark-skinned adult male, and a Caucasian female.