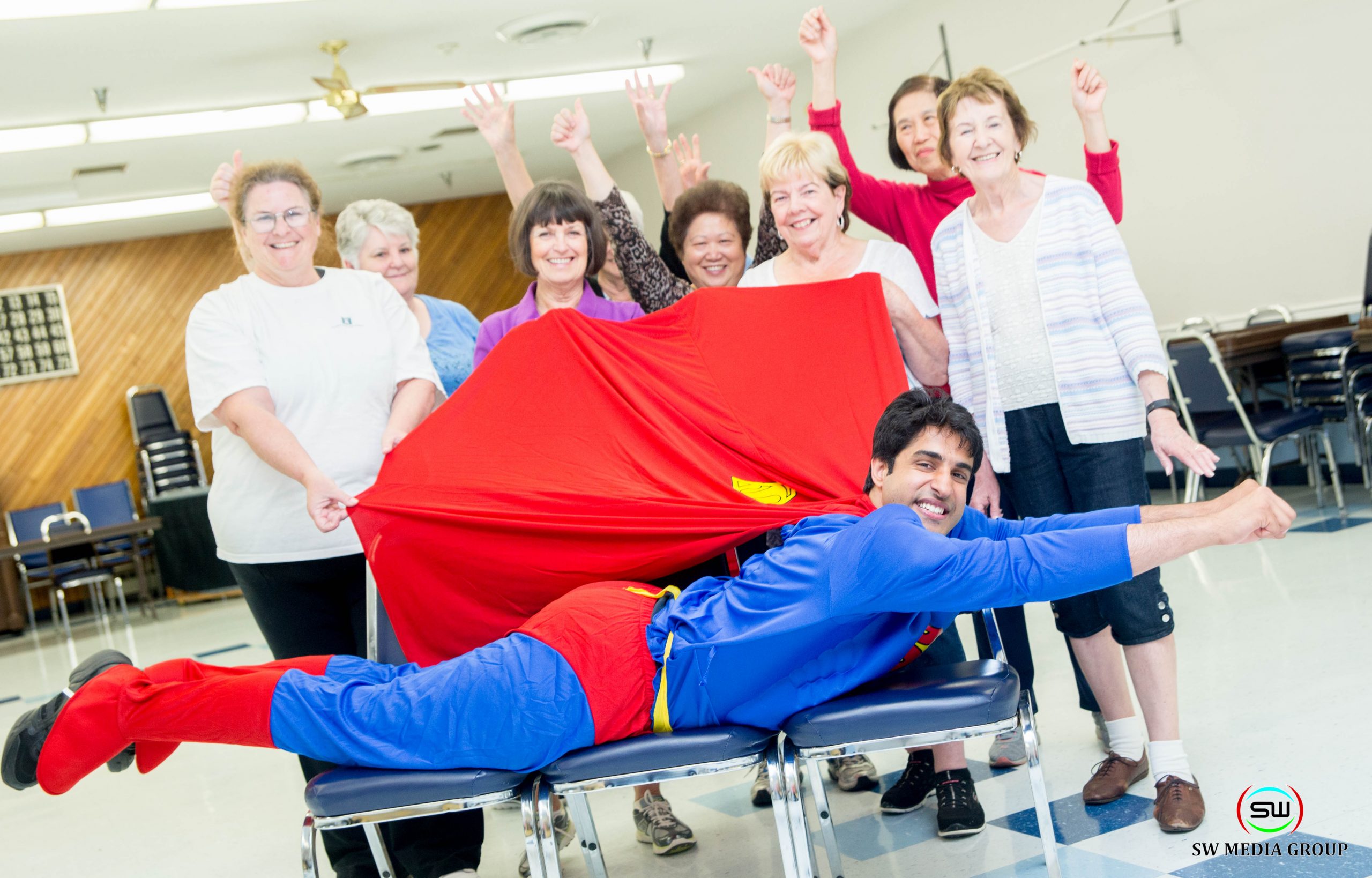 On Wednesday, June 8 Sean decided to make his mark by donning his super hero cape and giving back. He spent the day spreading joy and happiness by visiting skytrain stations, elementary schools, seniors centres, and hospitals, and donating $1,600 along the way.

“We can all become super heroes in the eyes of those we help because you never know what your support can truly mean to someone,” says Bindra. “There is no greater feeling than the happiness you get from making others smile.”

His visit to the Kennedy Seniors Recreation Centre, where Bindra is a long-time volunteer, was a huge hit. “So nice to see the spontaneity!” says Jan Talaber, the Recreation Programmer at the centre. “Of course people react before they think, and the first thing we saw was people’s smiles.”

Bindra’s donations were to support on-going care for the children in medical need at BC Children’s Hospital, as well as to individuals that are battling depression at Canadian Mental Health Association.

He says his inspiration comes from his parents who he describes as his own super heroes. “They have lead by example and have taught me the importance of helping others.”