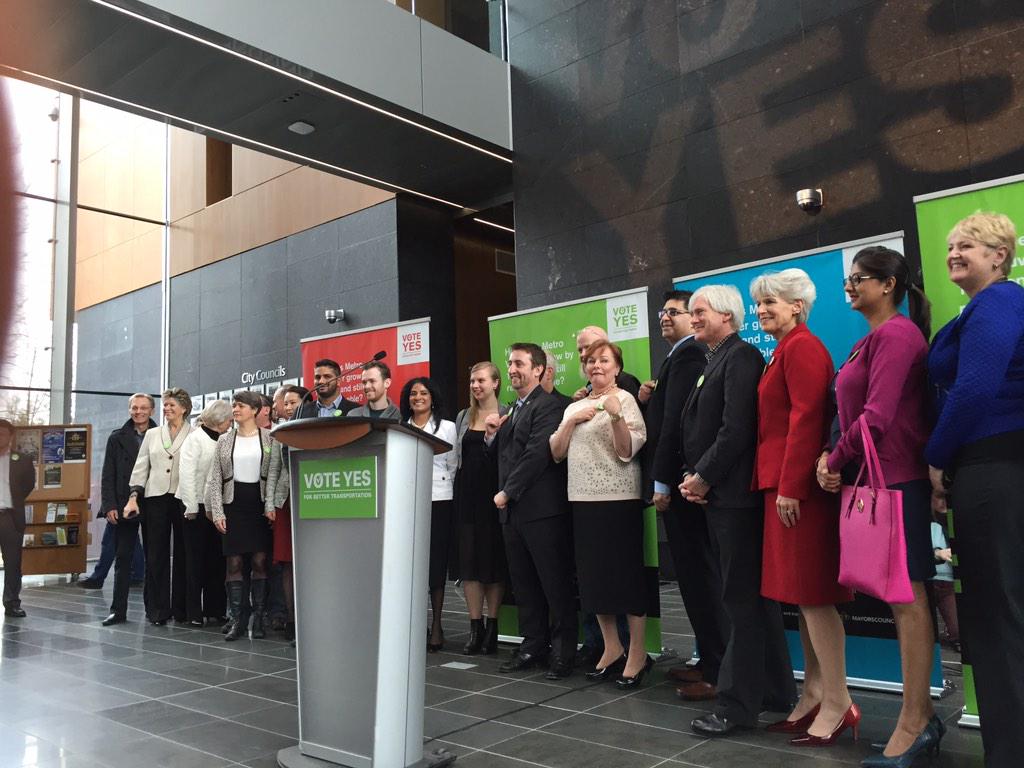 A diverse group of business, environment, labour, student, and health organizations were on hand to support the campaign kickoff. The cross section of groups is an indication of just how crucial the upcoming referendum on Transit and Transportation is for Surrey and for communities south of the Fraser.

“What we have here today is a consensus of common sense among a diverse group of organizations,” said Mayor Linda Hepner. “With one million more people forecasted to move to the region, and with most of them settling in Surrey, a Yes vote is the difference between keeping people, goods and our economy moving or congestion and gridlock.”

The Mayors’ Council plan includes many benefits within Surrey including 2 new LRT lines in Surrey and the Langleys, 3 new B-Line Rapid Bus corridors in Surrey; new safer Pattullo Bridge; expansion to the Expo Line; and significant new and expanded bus service, including increased NightBus and HandyDart service, throughout the community.

“A Yes vote is critical to the City’s future as it will bring much needed investments in our roads, bridges and buses and brand new light rail transit lines to Surrey,” says Cllr Tom Gill, Chair of the City’s Transportation and Investment Committee. “It’s our turn for better access to transit and better roads.”

More supportive homes coming for people in need in Surrey