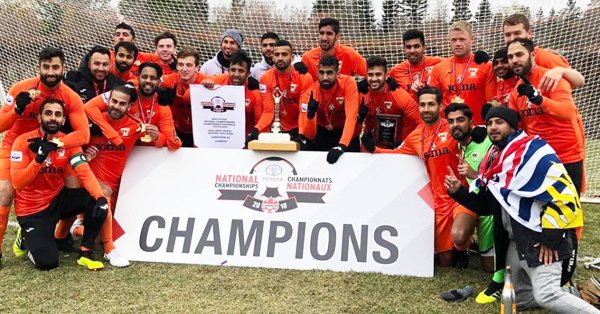 Surrey-based BC Tigers Hurricanes wins the 2018 Toyota Canada Nationals soccer championship Monday in Saskatoon. Beating Ontario’s Caledon SC in a 7-3 final, the association’s senior men’s team takes home the Challenge Trophy – the first BC team to do so in 14 years.

The Hurricanes’ Nick Soolsma led the way with four goals in the game, and was named the Golden Boot award winner for scoring nine goals in the tourney, the most by a player in 18 years.