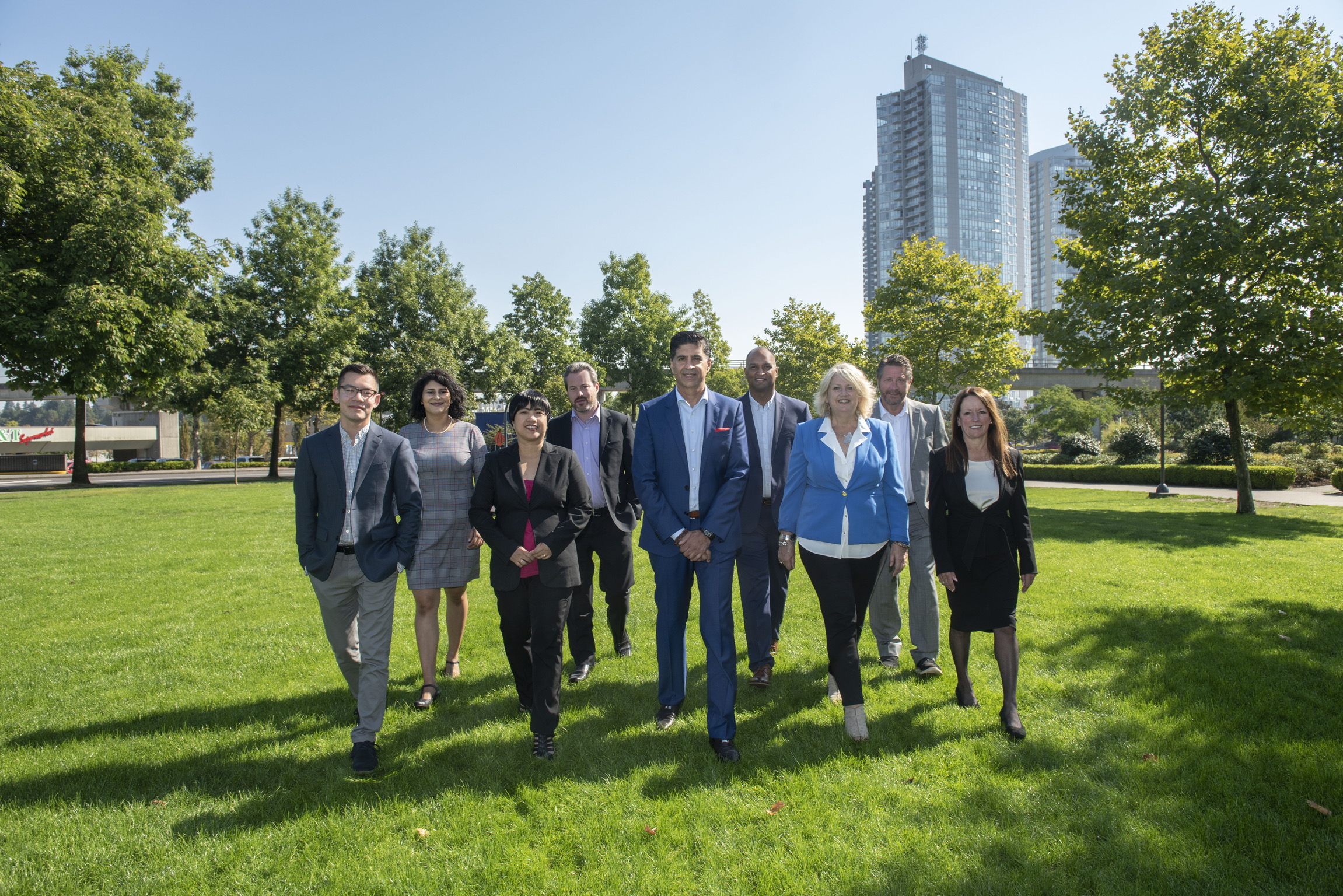 Surrey: Four-term Surrey Councillor, and Surrey First mayoral candidate, Tom Gill, introduced his team of council candidates on Wednesday, inviting voters to “imagine our city with the changes we want, and the experience to get it done.”

Gill said two-thirds of his Surrey First candidates are new to the team that also includes current councillors Vera LeFranc and Mike Starchuk, with their years of city hall experience and local leadership.

“Our city has accomplished a lot in a few short years,” said Gill, an accountant and former Chief Financial Officer with Coast Mental Health, the region’s largest provider of mental health services. “But, there’s more to do, and it starts by imagining the kind of city we want for our families and community. All of us at Surrey First are ready to roll up our sleeves to move our city forward, and keep it a great place for families.”

Gill, chair of the city’s finance committee, said stepping up to run for mayor was an easy decision after being on council for four terms. He said, “I came to Surrey 32 years ago as a student from Kamloops, and immediately felt right at home here. I met my wife Pav here, and we’re raising our three kids here. I wouldn’t live anywhere else and while we still have plenty to do in Surrey, I’m excited about our future because I can imagine what that looks like when it comes to transit, public safety, smart development, and new jobs that let people work and live right here in Surrey. People like what they see here, which is why we’re attracting 300 new families every month.”

“This city has been very good to me and my family, which is the reason I first ran for city council. I’ve listened to people in our community, and I know what’s important to Surrey families,” added Gill. “I also know what it takes to get things done, which is going to be key to creating the Surrey we all want to see over the next four years.

“Both Dianne Watts and Linda Hepner were incredible mentors, and they taught me a lot about the importance of imagining what the future could look like, then building strong teams to get it done. That’s always been at the heart of Surrey First, attracting a progressive team from the left, right and centre, then working together to put our city first.

“Now, we’ve got another talented Surrey First team, a fresh team ready to imagine Surrey’s future with new ideas and perspectives, a team that’s ready to work alongside Surrey residents to help write the next chapter in our city’s story.

“Our 2018 team is a terrific reflection of our community, with its incredible diversity of ideas and cultures. We’re a team of thoughtful, independent voices, but, when it comes to putting Surrey first, we come together and speak as one. That’s what has made Surrey First so effective and why other cities have come up with their own local versions of our approach. We all know what happens when we have a divided and dysfunctional council, because nothing gets done. Surrey First, with our common-sense approach, changed that, and we’ve all seen what we can do when we work together.”

Gill said this election is all about imagining the future, and his team will detail their platform in the weeks ahead.

“We’ll roll things out over the next few weeks,” said Gill. “But, our emphasis is going to be on more LRT to more neighbourhoods, more police officers and a referendum on a city police force, a handgun ban, more businesses and local jobs, more parks, pools and rinks, a new world class performing arts centre, smart development that provides a variety of housing options, and keeping city hall’s financial house in order.”

Gill added that as an accountant, keeping taxes low is always top of mind, and something he’ll bring to the mayor’s chair.

“I want our city to have a strong balance sheet, so we can continue to make investments in the things that matter to our citizens, including parks, pools, ice rinks, and community centres. I’m very proud of our city’s finances and fiscal record, and I’m committed to keeping it that way.”

Introducing the Surrey First team, Gill said each candidate brings a unique perspective to the team and the city. “This is a group of very talented and committed Surrey residents,” added Gill. “They’re your neighbours, women and men who are ready, willing and able to go to work for you and your family. Surrey First has always put forward strong teams, and this group is no exception. Our team is all about imagining the change we want and having the experience to get it done.”

Councillor Vera LeFranc from Guildford. Elected in 2014, Vera’s business degree from SFU and commitment to social justice and inclusion give her an incredible civic perspective. Vera’s work on the Surrey Homelessness and Housing Society, Social Innovation Summit and the city’s finance committee reinforce the depth and broad range of interests and skills she brings to the city and Surrey First.

Councillor Mike Starchuk from Newton. Elected in 2014, Mike retired as Surrey’s Chief Fire Prevention Officer that same year. Mike’s diverse council responsibilities include being chair of both the agriculture and environmental committees, as well as being a member of the diversity and seniors committee. Mike is also a founding member of the Surrey Firefighters Charitable Society which provides incredible programs right across the city.

Linda Annis from south Surrey. Linda is Executive Director of Metro Vancouver Crime Stoppers, an organization well known to residents across the region. Linda is also Chair of the Zajac Ranch for Children, Vice-Chair of Osteoporosis Canada, and is a member of the board of Semiahmoo House. In addition, Linda is an active volunteer with Peace Arch Hospital and the Nature Trust of BC, and she is a member of Kwantlen’s criminology curriculum advisory committee.

Narima Dela Cruz from city centre. Narima is a court and medical interpreter, a realtor and long-time community advocate and volunteer. In addition to being a past chair of the Parent Advisory Council at Johnston Heights Secondary, Narima is also a founding director and President of the Surrey Philippine Independence Day Society, and volunteers with the Canadian Cancer Society, Surrey Food Bank and BC Transplant Society.

Paul Hillsdon from Fleetwood. A graduate of both UBC and SFU, Paul was born in Surrey, and grew up in Cloverdale and Newton. Paul works with TransLink as the South of the Fraser Rapid Transit Project Planner. He is a strong advocate for sustainable development and was a founding member of the Surrey Leadership Youth Council and CampOUT!, BC’s only leadership retreat for LGBTQ youth.

Upkar Tatlay from Panorama. As Managing Director of Oxus Nexus, Upkar oversees emerging technologies in the biotech and cleantech industries, and explores potential markets for new developments in innovation. Recognizing the importance of keeping our children on the straight and narrow, Upkar is also Executive Director of Opus Prep Foundation, one of the most successful youth outreach and mentoring organizations in the province. In addition, he is a former firefighter, and his community work has included being Chair of the Surrey Library Board.

Raminder Thomas from Cloverdale. Raminder is Executive Director of the Cloverdale District Chamber of Commerce, where she’s helping to grow a vibrant business community. Raminder is a member of Surrey’s Heritage Services Advisory Board, and a graduate of the University of Victoria and BCIT.