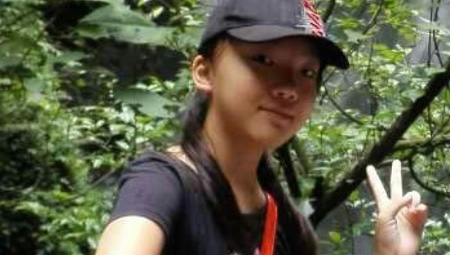 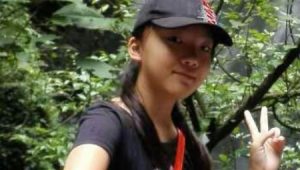 Burnaby: After fourteen months since 13-year-old Marrisa Shen was found murdered in Burnaby’s Central Park, a suspect is now in custody facing one count of First Degree Murder in connection to her death.

Marrisa’s body was located within hours after she was reported missing on July 18, 2017. Her death was deemed a random act, launching a massive police response and engaging more than 300 resources from different RCMP detachments and specialized units, as well as the City of Burnaby.

New and recently gathered evidence has identified one male as a prime suspect. On September 7, 2018, 28-year-old Burnaby resident, Ibrahim Ali, was arrested without incident in Burnaby. The BC Prosecution Service has approved charges of First Degree Murder against Mr. Ali in relation to Marrisa’s murder.

This case has become IHIT’s largest active investigation and one of the team’s largest files since forming in 2003, with over 2,300 investigative tasks undertaken by more than 300 resources at the height of the investigation.

To date, investigators have canvassed more than 1,300 residents in the area surrounding Central Park, conducted over 600 interviews, identified and subsequently eliminated over 2,000 persons of interest, and reviewed more than 1,000 hours of video footage from over 60 locations in the vicinity. The Marrisashen.org website has also generated approximately 80,000 visits.

IHIT and our many partners worked tirelessly for over a year to find answers and to bring justice for the random killing of 13-year-old Marrisa Shen. This investigation called upon a great deal of resources and long hours for everyone involved, says Superintendent Donna Richardson, Officer-in-Charge of IHIT. The successful outcome in this investigation was a result of the diligence, unwavering commitment and relentless pursuit of justice from all of our investigators.

This incident has had a profound impact on our community and I hope that this arrest helps Marrisa’s family and the community in their healing process, says Chief Superintendent Deanne Burleigh, Officer-in-Charge of Burnaby RMCP. I want to thank IHIT, our own members from Burnaby RCMP and all of our other policing partners who worked diligently to ensure that the suspect was brought to justice in this challenging investigation.

Given the complexity and expansive nature of this investigation, IHIT would like to acknowledge the support and assistance provided by our notable partners, without whom, this outcome would not have been possible. We wish to thank Burnaby RCMP, the City of Burnaby Parks/Works Department, the RCMP’s National Forensic Laboratory Services, RCMP Detachments in Coquitlam, North Vancouver, Langley, Ridge Meadows, Richmond, Surrey and Upper Fraser Valley Region, the Vancouver Police Department, the RCMP Behavioural Analysis Unit and the Lower Mainland Integrated Forensic Identification Services.

We wish to also thank the public and the media for your assistance in getting tips and leads, allowing our investigators to gather all the evidence we required in identifying persons of interest and eventually narrowing down to one suspect and securing approval for the first degree murder charge.

Ibrahim Ali is being held in-custody until his next court appearance on September 14.