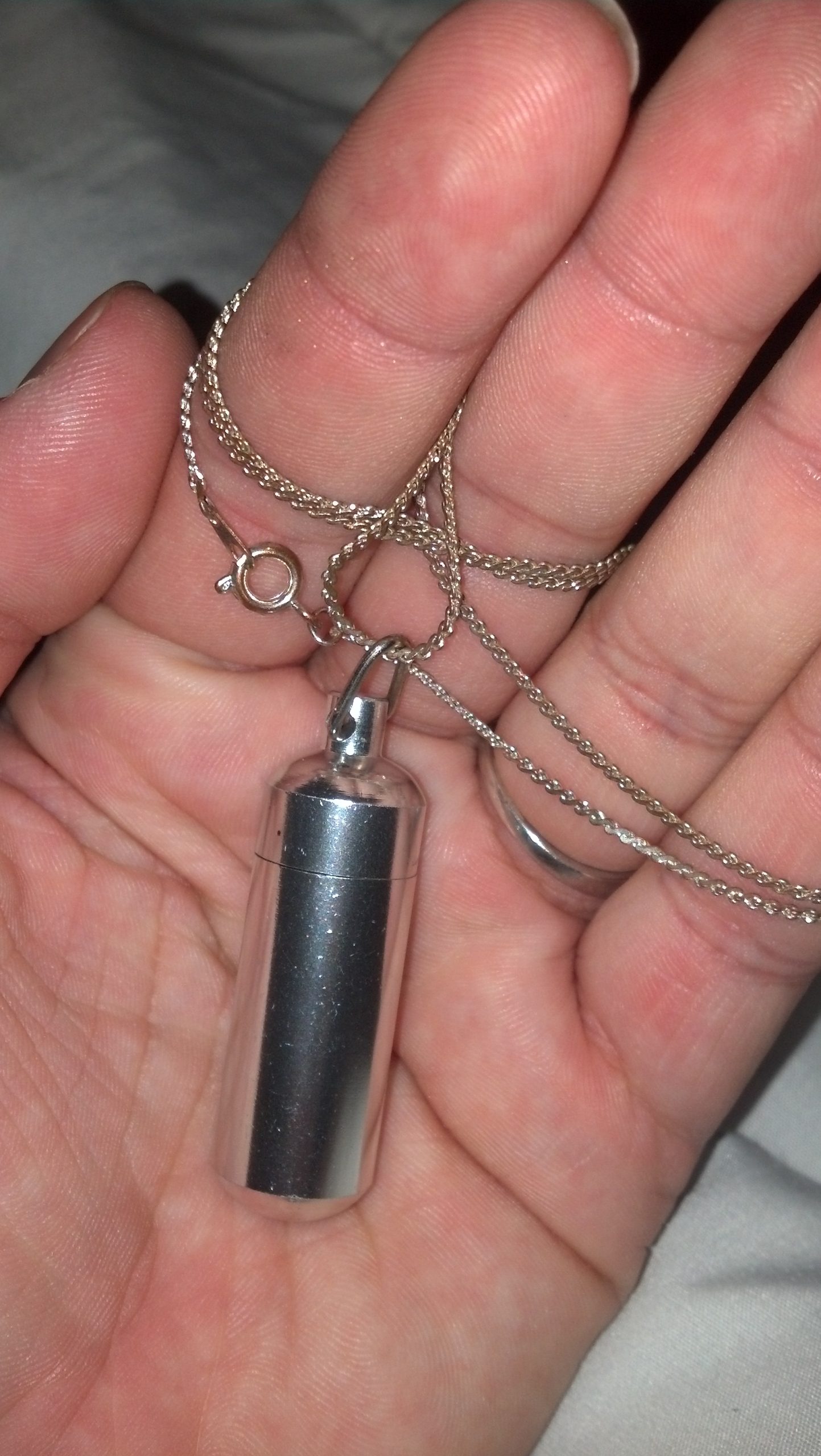 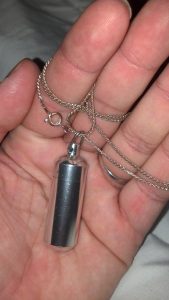 Abbotsford:  On Sunday, March 12, 2017, at 2:50 pm, a caller reported a break-in to both her apartment’s underground parkade and to her vehicle that was parked there.  APD Patrol and Forensic Identification Unit officers attended the location in the 33300 block of George Ferguson Way to investigate.  Although several items were stolen from the victim’s vehicle, the most significant and irreplaceable was a silver chain and pendant that was taken from the rear-view mirror. That pendant contained a vile which held her grandfather’s ashes.