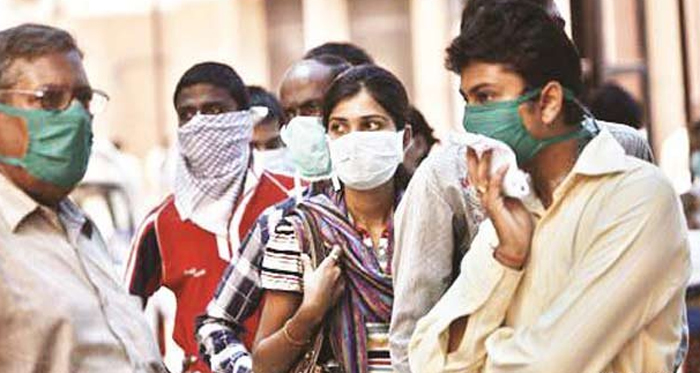 New Delhi, March 26 (IANS) Swine flu has claimed a total of 1,994 lives in India this year with the total number of cases crossing the 33,000 mark, according to latest data from the health ministry on Thursday.
In less than three months of this year, the toll has crossed the 2010 peak of 1,763 deaths.
Eight more deaths and 263 fresh cases have been reported on March 25.
In the first swine flu outbreak in the country in 2009, there were 981 deaths reported. In the following year in 2010, the death toll climbed up to 1,763.
The following years till 2014 had seen the toll being low with only 218 deaths reported last year.
Swine flu or H1N1 is a respiratory infection that spreads through coughs, sneezes and touch. Short-distance airborne transmission of the influenza virus may occur, particularly in crowded enclosed spaces.