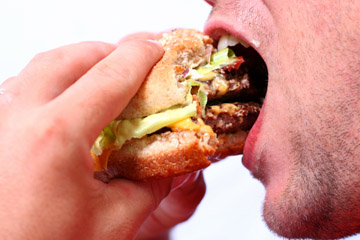 London, July 20 (IANS) Scientists in the US claim to have found a sixth flavour — the taste of fat — and they believe the new taste could hold the key to tackling obesity.
Fat now joins sweet, sour, salty, bitter and umami (savoury) as a unique and unpleasant taste that researchers have called “oleogustus”.
“Our experiments provide the missing element in the evidence that fat has a taste sensation, and that it is different from other tastes,” The Independent quoted professor Richard Mattes, director of the Ingestive Behaviour Research Centre at Purdue University in Indiana, US, as saying.
In the study, reported in the journal Chemical Senses, the researchers investigated the taste sensation of Non-Esterified Fatty Acids, or free fatty acids, which are fat’s basic building blocks.
Results showed that the men and women identified fat as having a bitter or irritating and consistently unpalatable taste.
Scientists also suggest the identification of the taste could lead to new ways of fighting obesity and heart disease, and to the creation of improved fat replacements.
“Identifying the taste of fat has a range of important health implications. At high concentrations, the signal it generates would dissuade the eating of rancid foods,” Mattes said.
“But at low levels, it may enhance the appeal of some foods by adding to the overall sensory profile, in the same way that bitterness alone is unpleasant but at appropriate levels adds to the appeal of wine and chocolate,” he added.