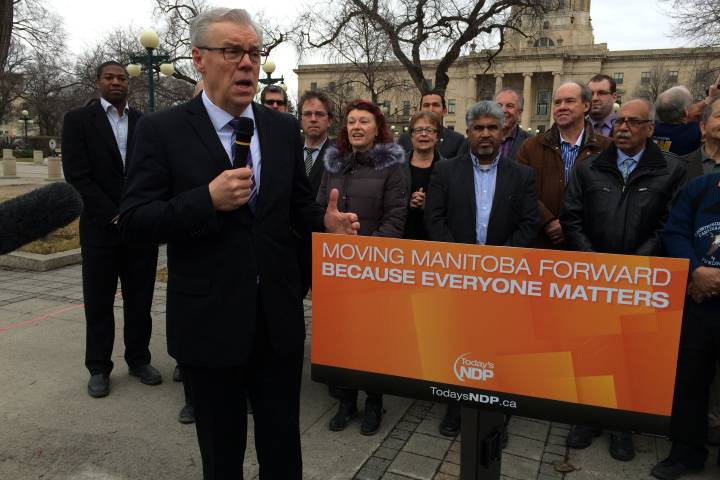 WINNIPEG: The Manitoba election campaign officially began Wednesday. Here is a look at some of the factors at play leading up to the April 19 vote:

Taxes: The NDP government plummeted in opinion polls after it raised the provincial sales tax to eight per cent from seven in 2013, breaking a previous election promise. The Progressive Conservatives have promised to reduce the tax back to seven per cent. The NDP says that would result in cuts to government services.

The Economy: Manitoba’s slow-but-steady economy has, for the most part, weathered the global financial slowdown. But problems remain: a sluggish growth rate of 1.1 per cent in 2014, low wages compared with other western provinces and continued out-migration. The NDP continues to run deficits and has pushed back its original balanced-budget target date three times.

Child care: The NDP and Liberals have promised to create thousands of additional child-care spaces in regulated, not-for-profit centres. The Tories have talked about allowing greater involvement by private daycare centres to address current waiting lists.

The ground game: Many NDP campaign veterans left after the leadership crisis that Selinger survived. The Tories have brought in federal Conservatives, have raised much more money and were the only party with all 57 candidates in place before the election was called. The Liberals have struggled financially and, as a small party, have historically had a more difficult time getting supporters to the polls on election day.