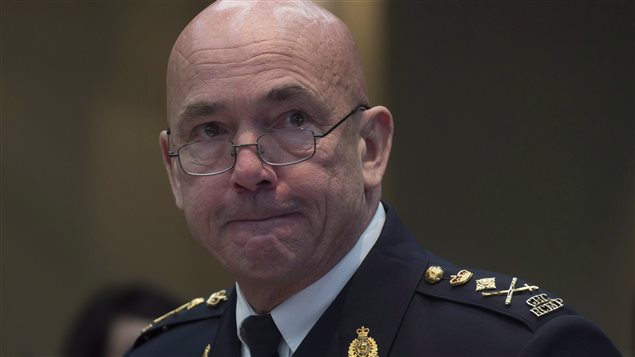 By Jim Bronskill, The Canadian Press 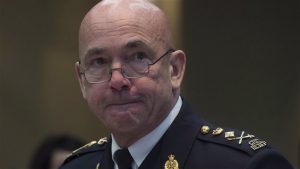 Ottawa: RCMP Commissioner Bob Paulson delivered an abject apology Thursday to hundreds of current and former female officers and employees who were subjected to alleged incidents of bullying, discrimination and harassment dating back 42 years.

Paulson made the apology as he announced the settlement of two class-action lawsuits stemming from the harassment allegations, some of which date back to September 1974. He said the federal government has earmarked $100 million for payouts

“To all the women, I stand humbly before you today and solemnly offer our sincere apology,” an emotional Paulson told a news conference in Ottawa.

“You came to the RCMP wanting to personally contribute to your community and we failed you. We hurt you. For that, I am truly sorry.”

Paulson said the settlements would provide financial compensation for the women and pave the way to end potential class-action lawsuits brought forward by former RCMP members Janet Merlo and Linda Gillis Davidson. There is no cap on the potential cost of the payouts, he added.

Paulson was joined at the news conference by the plaintiffs, as well as Public Safety Minister Ralph Goodale and Labour Minister MaryAnn Mihychuk.

“The impact this has had on those who have experienced this shameful conduct cannot, must not be solely understood as an adverse workplace condition for which they must be compensated,” Paulson said.

“For many of our women this harassment has hurt them mentally and physically. It is has destroyed relationships and marriages, and even whole families have suffered as a result. Their very lives have been affected.”

Merlo took the podium after Paulson was finished, calling it “a great day for the RCMP” and thanking the commissioner on behalf of the other female members represented in the lawsuits.

“They just wanted it to be a better place to work,” Merlo said. “For them I’m really thankful that today finally arrived.”

As she left the podium, she embraced Paulson, who wiped tears from his eyes as he sat back down.

“I love my flag, I love my country and I loved my job; I left way too early,” added Davidson, who also extended her thanks to the commissioner.

“I will continue to stand up and right the wrongs if I can,” she said. “We are, we were and we always will be your greatest asset.”

Hundreds of former and serving female Mounties and civilian members have said they were victims of harassment, bullying and assault dating back to when women first joined the force.

The settlement likely marks the beginning of the end a difficult episode in the force’s history, one that has haunted Paulson’s tenure as commissioner.

“Today’s announcement … closes the door on a deeply troubling and unfortunate period in the history of our national police force,” Goodale said.

“It is an encouraging moment, demonstrating a deep desire on the part of all parties to move forward in a positive and constructive manner starting immediately.”

Though neither of the two class actions has been certified, the settlement agreements will be submitted to the courts, paving the way for approval. There will be a deadline for signing on to the actions, which means it is too early to tell how many members might be compensated.

Merlo, whose proposed class-action suit was filed in British Columbia, said she experienced many instances of sexual harassment that left her with post-traumatic stress disorder.

Davidson said she endured unwanted sexual advances and repeated harassment during her 27-year career, which included a stint with the prime minister’s protective detail. Her lawsuit was filed in Ontario Superior Court.

The police force has streamlined the process for addressing conflict, giving supervisors more power to deal with disputes promptly, but some critics fear that has opened the door to abuses.

Goodale has already asked the RCMP watchdog to revisit the broad issue of bullying and harassment within the force.

The Civilian Review and Complaints Commission for the RCMP is looking at whether recommendations it made three years ago have been implemented.