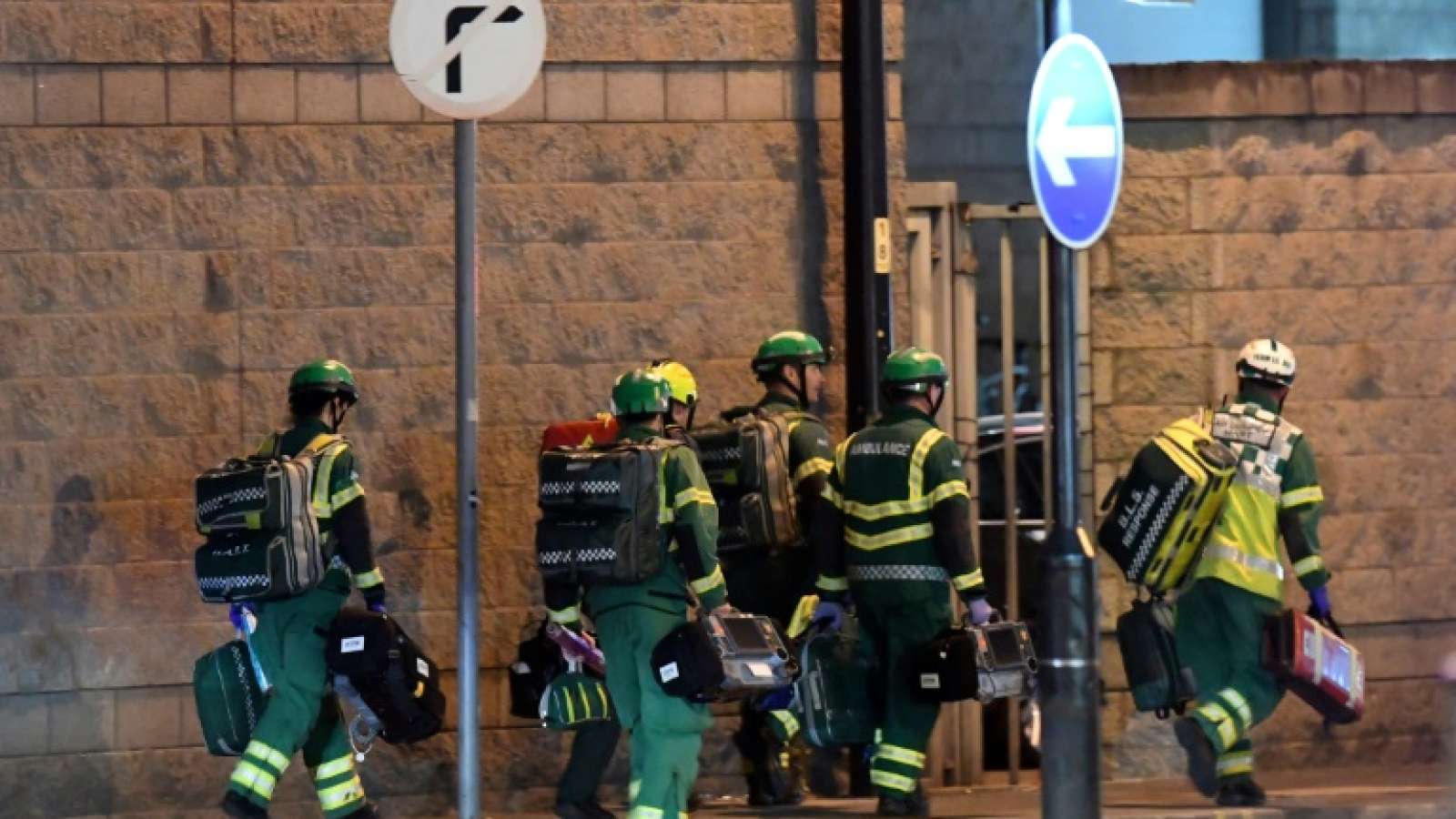 Manchester: In one of the worst terror attacks in Britain, 22 persons were killed in a suicide blast at a concert in Manchester city on Monday night. The Islamic State claimed the attack and evoked strong reactions across the world.

Prime Minister Theresa May termed it an act of “appalling sickening cowardice”.

The blast tore through fans leaving American singer Ariana Grande’s pop concert in the Manchester Arena. It left 59 persons injured, among them many children.

A 23-year-old man believed to be involved in the dastardly attack was arrested from southern Manchester, the Greater Manchester Police said.

The blast ripped off after the attacker detonated an IED, shortly after Ariana Grande had finished her performance. The lone male attacker died in the blast, the police said.

The explosion took place in the foyer of the Arena building as 20,000 fans were streaming towards the exit doors.

Eight-year-old girl, Saffie Rose Roussos, was among two victims identified by the police.

Prime Minister Theresa May said the bombing had been a “callous terrorist attack” that targeted “defenceless young people”. She said the suicide attack attended by children showed “appalling sickening cowardice” and was one of the worst Britain had suffered.

Following the attack, all campaigning for the June 8 general election was suspended.

The Prime Minister chaired an emergency Cobra committee meeting and said police have identified the attacker but it was too early in the investigation to release his name. However, media reports citing sources claimed the suicide bomber was identified as Salman Abedi.

May is scheduled to hold another security meeting later in the day.

Director SITE Intelligence Rita Katz tweeted a message posted by the IS on Telegram claiming it carried out the bombing and warned of “more severe” attacks.

“With Allah’s Grace and support, a soldier of the Caliphate managed to place explosive devices in the midst of the gatherings of the crusaders in the British city of Manchester,” read the statement.

Greater Manchester Police chief constable Ian Hopkins said the “fast-moving investigation” was now working to establish if the attacker “was acting alone or as part of a network”.

Police carried out raids at two properties, one in Whalley Range and the other in Fallowfield, where a controlled explosion was carried out.

Ariana Grande, who had finished the first of three scheduled UK performances when the blast hit, was not injured.

She tweeted later: “Broken. From the bottom of my heart, I am so so sorry. I don’t have words.”

Labour Party leader Jeremy Corbyn tweeted: “Terrible incident in Manchester. My thoughts are with all those affected and our brilliant emergency services.”

Indian Prime Minister Narendra Modi while condemning the attack said: “Our thoughts are with the families of the deceased and prayers with the injured”.

US President Donald Trump called those behind the Manchester suicide bombing and other similar attacks “evil losers in life”.

Scottish First Minister Nicola Sturgeon, condemning the attack, said she would convene the Scottish government’s Resilience Committee on Tuesday morning to “consider any implications for Scotland”.

Hotels and homes in Manchester opened their doors to people who could not get to their homes due to an area lockdown. Taxis and local people offered free rides to those affected.

Eyewitnesses described seeing metal nuts and bolts among the debris, and spoke about the fear and confusion that gripped the concert-goers.

Universal Music Group, the parent company of Grande’s Republic Records label, posted on Facebook: “We are deeply saddened… Our thoughts and prayers are with all those affected by this tragedy.”

The Manchester Victoria train station, located close to the Arena, was shut down on Tuesday.