Asian Journal
Home Auto The 2019 Nissan Altima Sedan: Remade and better than ever 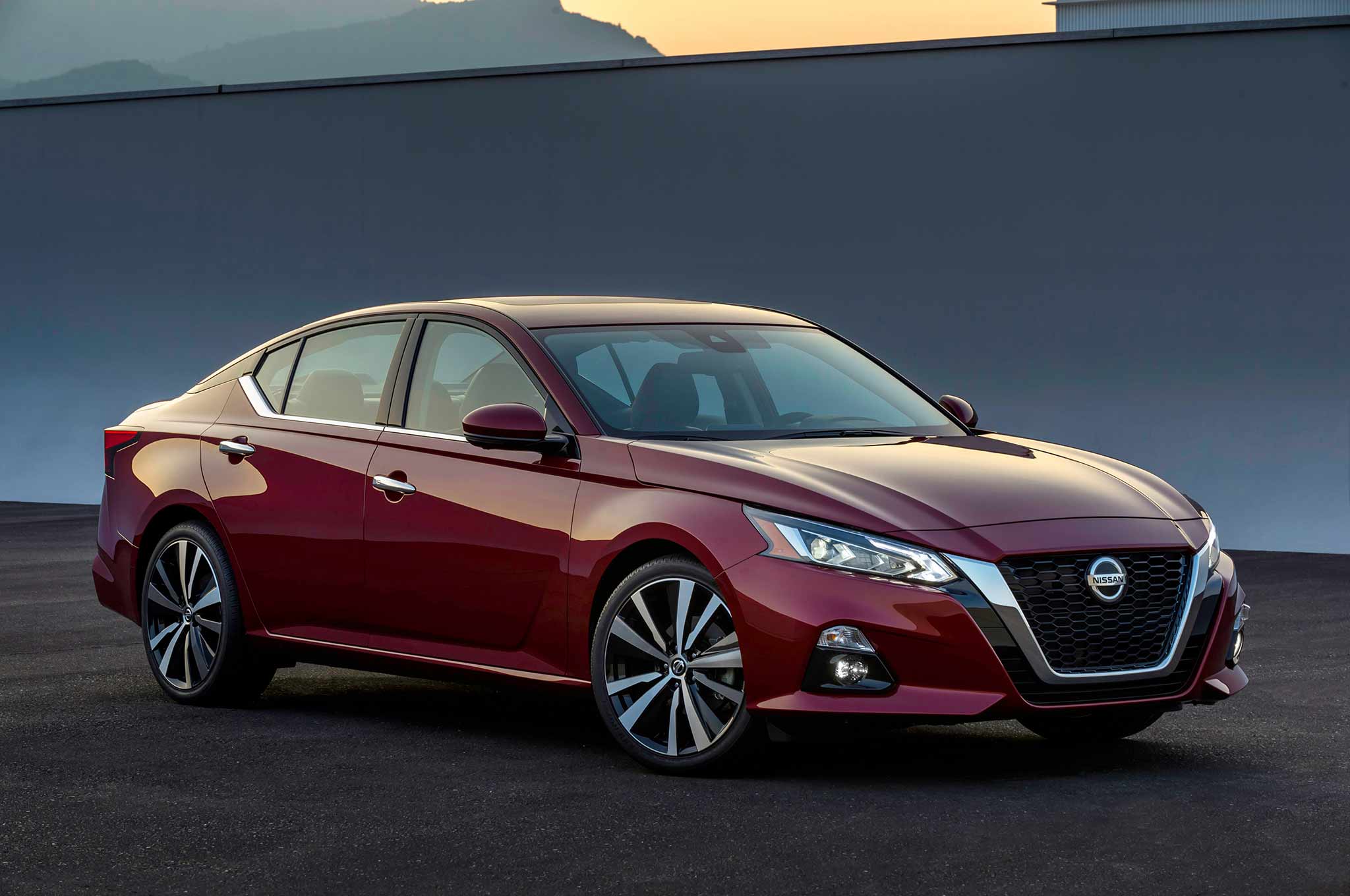 The sixth-generation Nissan Altima sedan now enters the market better than ever. Lower, longer and more aerodynamic than its predecessor, the 2019 version is lighter, stronger and faster than the outgoing model. Nissan took design cues from the V motion concept car it unveiled at the 2017 Detroit auto show to produce a sharp looking car from front to end, with a defined sinuous look to the body. The designers have done a good job inside and out with a nicely finely executed remake. Best of all? Canadian customers are now offered intelligent all-wheel drive from the basic S trim level up. The list of standard features is well suited to Canadian winters with heated front seats and heated outside mirrors as well as AWD.

Pricing begins at $27,998 for the base S model, moves up to $31,498 for the mid-range SV, and tops out at $34,998 for the Platinum trim as tested. Note: there is special, limited edition 250 run called the “Edition ONE” treatment. With an extra $1,000 premium over Platinum models, it is a styling package, adding special red and burnt orange exterior colours, unique dark grey finished 19-inch wheels, spoiler, special badges, illuminated kick plates, and puddle lamps. It looks very nice in pictures! The Platinum model as tested offers: 19 inch alloy wheels, LED lighting, the 360-degree Around View monitor, Nissan Door to Dorr navigation, Bose premium audio with 9 speakers, and leather seating amongst other things. No major gripes, apart for the fact, in Canada, a heated steering wheel should be included as standard.

Power wise, the 2.5-litre engine is completely new with more torque and fuel efficiency ratings (7.9 L/100 km combined). In addition, the  steering, CVT transmission, brakes and suspension re all new.

The interior is also updated with super comfortable zero gravity seats front and rear, new easy-to-read and intuitive controls and displays, and a revised 8-inch centre stack screen. Technology wise, the optional Nissan Pro-Pilot Assist semi-autonomous driving aid is now featured in the new Altima and even reads posted traffic signs. On the subject of safety – Nissan has made their Safety Shield 360 technology standard on the SV model and up; it adds blind-spot warning, emergency braking with pedestrian detection, lane-departure warning, high-beam assist and rear cross-traffic alert. The ProPILOT Assist (PPA) is activated by a press of a wheel-mounted button, however, by no means is the PPA a fully autonomous system. Hands are required on the steering wheel sensors. The optional responsive cruise control keeps a safe distance behind the car in front of you. Apple CarPlay and Android Auto are standard. With a large 436 litre trunk and fold -down seats, the Altima can carry as much cargo as some CUV’s.

On the road, the standard 2.5-litre engine puts the emphasis on economy (an impressive 6.5 litres/100 kilometres on the highway)  with its 188 horsepower and 180 lb.-ft. of torque. Response to throttle inputs is instantaneous; the transmission enables passing power and acceleration as needed, but also reverts to miserly fuel-saving mode for highways cruising. You can thank the CVT transmission’s revised mapping for that. The impressive AWD system, is calibrated for three driving conditions with a 50/50 split on power front to rear for hard starts; a fuel-efficient front-wheel-drive mode when cruising; and a 70/30 split for slippery surfaces.

Handling is good thanks to the implementation of a stiffer, lighter platform combined with monotube rear shocks and suspension reinforcements. Meanwhile electric power steering, makes the Altima feels more deft with a easy progressive steering feel on the twisties. It’s a wonderfully fast, light quick reflexed car that’s fun to drive. Not a lot to complain about.

To sum up, the Altima’s well priced model range is a bargain-priced, especially with as availability of AWD as standard, which sets it above the crowd. The Platinum model is luxurious and a treat for not much more than the bargain SV and S models – all come superbly equipped at at good price points. Highly recommended.