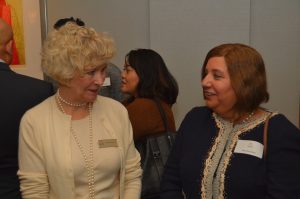 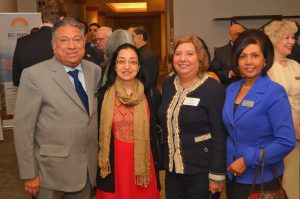 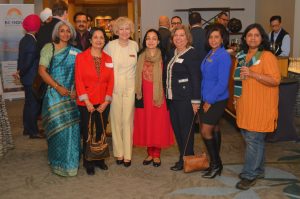 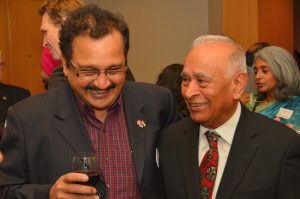 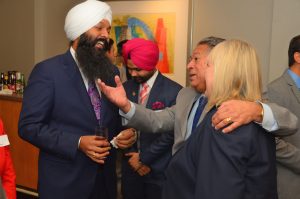 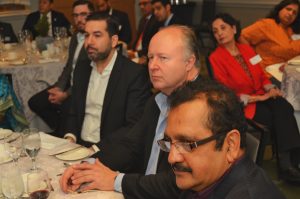 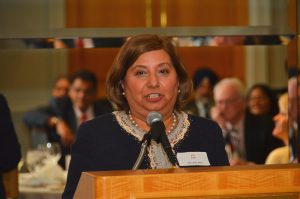 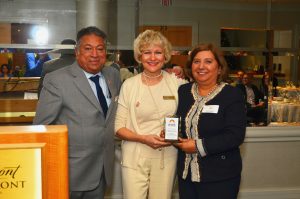 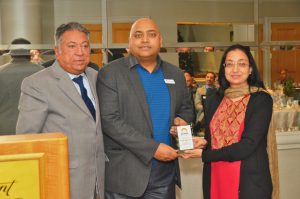 The BC- India Business Network (BCIBN), a “Not For Profit; Non Partisan and a Non Political” organization, hosted it’s second anniversary on Friday 15th Decenmber at the Fairmont Waterfront Hotel, Vancouver. Featuring special guests – BC’s Minister of Citizens Services, Honourable Jinny Sims, Indian Consul General, Abhilasha Joshi, Randeep Sarai, Member of Parliament, Surrey, Dr. Lane Trotter President-Langara College; Dr. Alan Davis, President-Kwantlen College and several other leading businessmen and professionals of BC. Minister Sims congratulated BCIBN on their efforts to promote and enhance trade in the the BC-India corridor. She was very hopeful that with the efforts of BCIBN and the Government of BC, trade and business would increase bilaterally. Consul General Abhilasha Joshi, thanked the BCIBN for it’s efforts in enhancing trade between Canada and India.

The BCIBN annual member’s luncheon celebrates and recognizes its ongoing growth in membership. Out-going President Catherine Sas noted that BCIBN nearly doubled in membership between 2016 and 2017. Mr. Vivek savkur praised Catherine Sas for the great effort she put in developing BCIBN to a position of prominence in BC. In 2018 the membership is expected to increase further. Chairman Emeritus, Vivek Savkur set out upcoming important events planned for the year ahead including:

May other events have been planned with Federal Ministers as and when they come to Vancouver.

To meet with the multiple events planned for 2018 BCIBN has expanded it’s Board of Directors. They also plan to set up a “Youth Committee” to encourage business organizations to contribute innovative ideas in developing and enhancing Trade & Commerce with India.

Chairman Emeritus Vivek A. Savkur is set to take over the role of President & CEO of BCIBN from 1st January 2018.