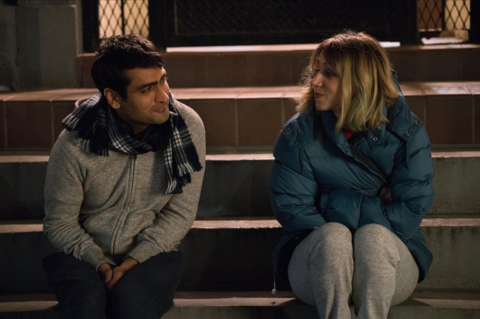 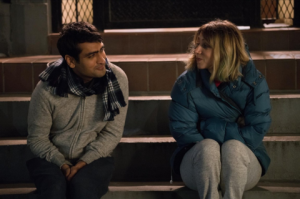 Not easy is it to blend humour with pain. Said to be based Ina somewhat true story The Big Sick enters the market place. Geared towards a more mature crowd this Elevation Pictures flick is now spreading its wings at the Fifth Avenue Cinemas,

Out to take over the world Amazon Studios yet again is trying to make waves in the movies business. Mr. Bezos may have to learn the hard what that cinema fans are a touch more discerning when it comes to genuine out of their homes than simply cuddling up with a good book.

Ever politically court and with a sting forward looking social conscience The Big Sick wears it’s heart in its sleeve. Today you can’t escape the whole issue of tolerance and Muslims and terrorism. This film charts the troubled course of a Pakistani stand-up comic reworking with his inner demons. Thanks to family pressure from a very conservative background the man is at wit’s end over a new girl in his life – a white girl! Imagine the impact on friends and family.

Earlier this year a similar themed film called Get Out caught out. That little horror suspense thriller took off. Much more serious in tone despite the man man’s comedy background The Big Sick ramps up the dramatic overtones to the stratosphere as the new girlfriend winds up sick.

Nothing is funny about being ill and hospitals. Here we have a valiant effort from nine other than comedy kingpin Judd Appatow to turn smiles into frowns as the rather depressing mood of this piece wisely and strategically track verses the minefields of intolerance and discrimination amidst modernly diverse America warts and all.