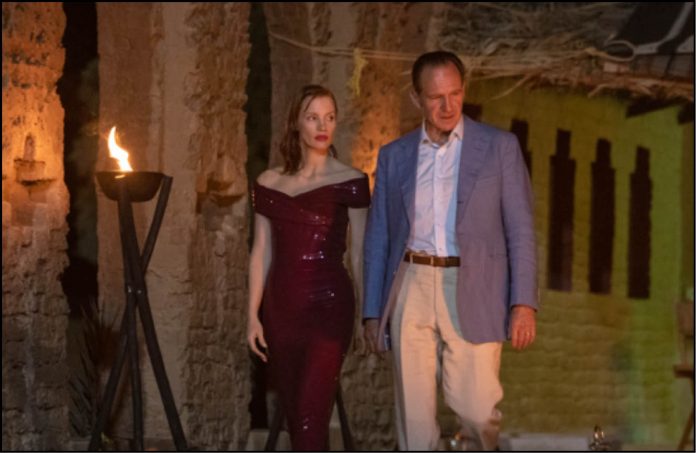 Party on dude! See what happens when a little “indulgence” goes a step too far in the eventful The Forgiven. Brought to Cineplex Cinemas and Landmark Theatres by VVS Films this stunner is sure to cast a shine on serious filmgoers or those looking for a new experience.
Money can be good or bad. In This case a wealthy Brit invites some of his jet string play pals to a posh get together at his swanky desert enclave. Almost immediately one can sense the difference in class and customs as the oh so pretty jet setters get down and boogie the night away ( along with other indulgences) all in the gaze of the humble Arabian hosts and their fairly religious Muslim man servants.
Under the surface you can cut the tension with a knife as that clash between Islam and Western culture seems ready to boil over. So when two guests get sidelined in route to the party leaving a local villager on deaths doorstep the seeds for consideration, commitment, condemnation and confrontation are already in play. See the mood change and the sparks fly in this well acted out story.
James Bond’s own M, Ralph Fiennes is in fine form as the guest with a fondness for alcohol with Jessica Chastain (Molly’s Game) icily portraying Anna American colleague.
Smart, different and telling The Forgiven is a well made story with quality performances throughout.

PM Narendra Modi to attend I2U2 virtual summit with leaders of US, Israel, UAE on...

Federal government sends $2B in health transfers, other funding to provinces