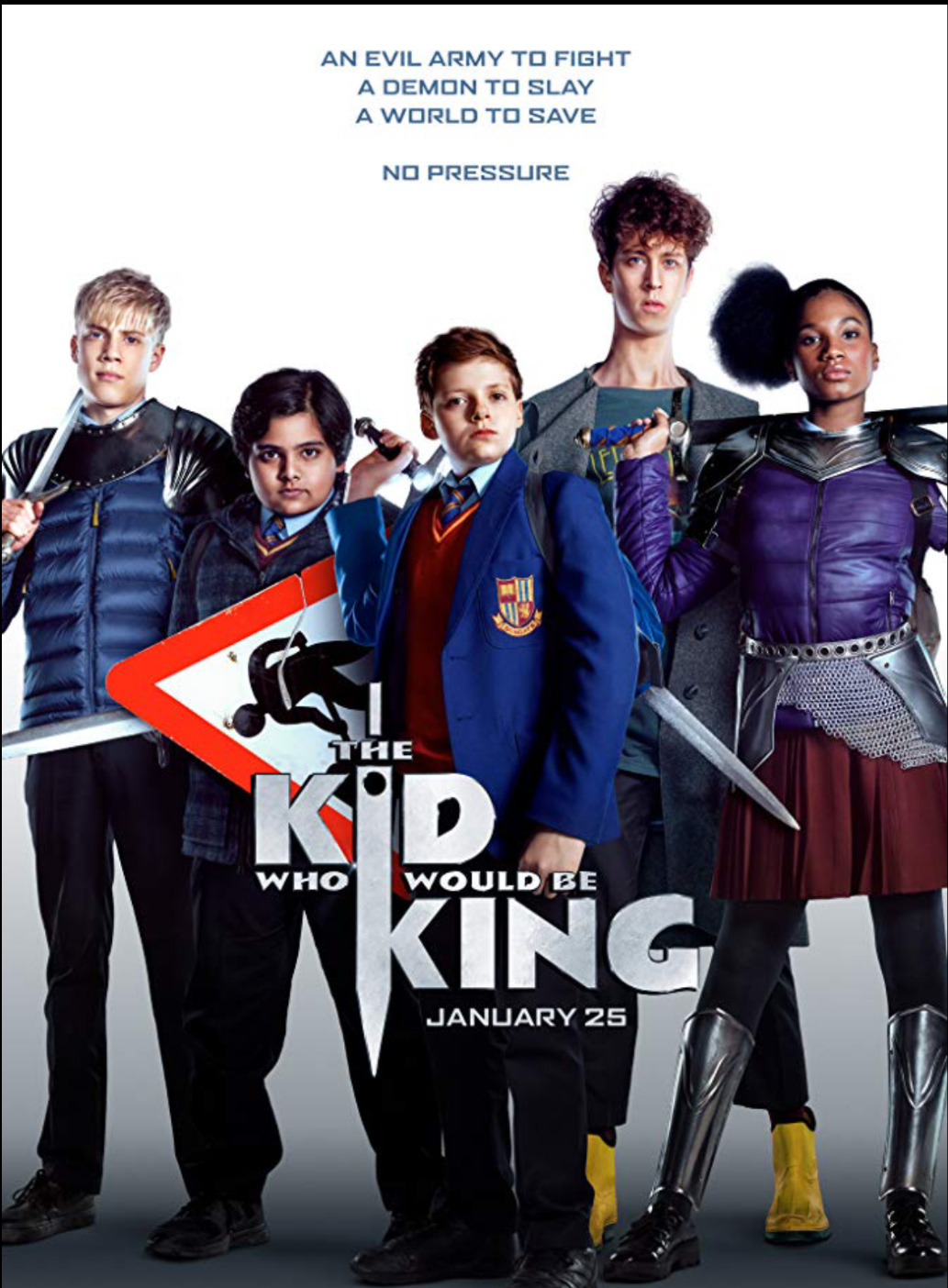 Youthful charm rises to the fore in the uplifting The Kid Who Would Be King. Suspend belief for two hours of fun for This 20th Century Fox delight now unfolding at Cineplex Cinemas and Landmark Theatres around B.C.

Tales of the Knights of the Round Table have been thrilling readers for generations. Thanks to a savvy uplifting of this traditional fable 21st Century dwellers get a glimpse into medieval rites set in modern times. Humble England naturally is where our modern tale begins.

Man/kid of the hour is junior high student Arthur. Along with his best buddy the pair are bullied. Against this harsh backdrop young Arthur accidentally stumbles upon a sword in a rock. Legend has it that such a weapon once upon a time belonged to the real King Arthur. So, we’re off to the races in this energetic romp as four mismatched nerds and bullies join forces to take on an ancient witch whose desire for that coveted sword and its Godly powers clearly knows no bounds.

Imaginative with good young performances, a hint of danger and menace and some uplifting special effects make The Kid Who Would Be King a fun experience that children (and adults) of all ages will be able to relate to and enjoy.