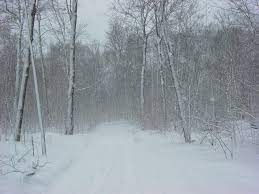 Thousands of Canadians are spending another day in the cold and dark, as hydro crews continue working to restore electricity to those affected by the power outages caused by fierce winter storms last week.

As of early Monday morning, power was still out for nearly 71,000 Hydro-Quebec customers, more than 31,000 Hydro-One customers and 2,289 clients of NB Power.

A Christmas Eve train derailment is also continuing to wreak havoc on holiday travel plans in Ontario and Quebec.

On the other side of the country in British Columbia, four people died and dozens were injured after a bus rolled over on an icy highway on Saturday night.

Environment Canada warned of ice buildup from ongoing freezing rain in the southern area spanning Whistler and the Fraser Valley to the Okanagan Valley, as well as a special weather statement for much of the interior, also for possible freezing rain.

Pushpa Kamal Dahal ‘Prachanda’ sworn in as the Prime Minister of Nepal for a third...