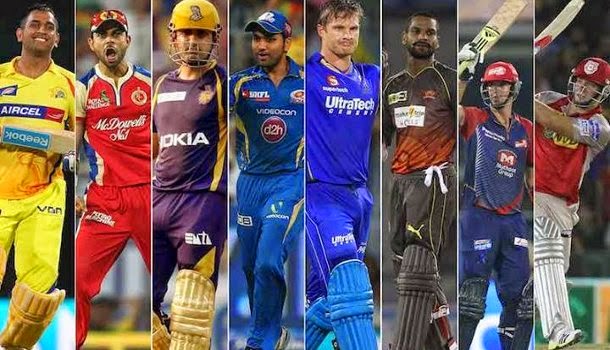 Kolkata, April 6 (IANS) After upsetting the practice session of the Mumbai Indians, rain and thunderstorms could play spoilsport at the opening ceremony of the Indian Premier League (IPL) tournament, slated to be held at the Salt Lake stadium here on Tuesday, according to the Met Office forecast.
Wednesday’s IPL opener between Kolkata Knight Riders and Mumbai Indians at the Eden Gardens here also looks threatened with heavy showers predicted on the day.
Regional meteorological centre director G.C. Debnath said that apart from the showers, there was a high chance of a thunderstorm striking Kolkata and its surrounding 50 km area on Tuesday afternoon.
The two-hour gala, featuring Bollywood stars Farhan Akhtar, Shahid Kapoor, Anushka Sharma, Pritam and Hrithik Roshan, is scheduled to start at 7.30 p.m.
“There is a high possibility of rain and thunderstorm around Kolkata and its surrounding 50 km area on Tuesday especially in the afternoon and evening. It is difficult to say if it will affect Salt Lake but chances are high,” Debnath said.
Debnath said there were chances of heavy rain on Wednesday afternoon.
On Sunday, a thunderstorm affected Kolkata Knight Riders’ practice at the Eden Gardens which turned soggy.
The Knight Riders had to be content with a workout at the Pankaj Gupta indoor stadium located within the Eden Gardens premises.
The same thing happened on Monday when visiting Mumbai Indians also went inside the indoor facility following heavy rain.
However, they came on to the ground after some time for a football session on the drenched field, which gave way to some light fielding and catching drill with head coach Ricky Ponting supervising the session.
The weatherman’s forecast has already increased the creases on the foreheads of the organisers, who are particularly concerned about the smooth conduct of a light and laser show — supposed to be the main attraction of the ceremony — in the event of a thunderstorm.
All eight team captains will be present at the function to take the Marylebone Cricket Club (MCC) Spirit of Cricket pledge.
Gautam Gambhir, captain of defending champions Kolkata Knight Riders, will put the trophy back in play, signalling the start of the 2015 season.