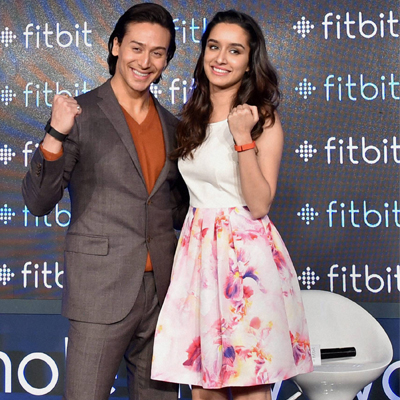 Mumbai, March 14 (IANS) “Baaghi” leads Tiger Shroff and Shraddha Kapoor, who have been friends since school, couldn’t believe that they were actually doing a film together and found it a “surreal” experience.

“From the first day till the last in between shots, I would be saying, ‘Tiger, can you believe it, we are doing a film together’ and he would say, ‘I can’t believe it, Shraddha’, so we were very excited to be working together,” said Shraddha at the trailer launch of the film, directed by Sabbir Khan.

The story is about Tiger’s character Ronny, who is sent to an academy to learn a particular form of martial art, but doesn’t show too much dedication and is more interested in wooing Shradda’s character Sia. But when she gets abducted, he gets fully dedicated to the training to rescue his love.

Both of them indulge in some stylish action sequences with Shraddha breaking bottles and banging heads, while Tiger is performing high-flying kicks and even doing the martial arts form of Kalaripayattu. But the two also have a love angle brewing, even sharing few kisses.

About the romance, Tiger said: “It was very easy because from day one I was very comfortable around Shraddha; we have been friends since childhood, we’ve been in the same school. I’ve been a fan of her since her very first film.

“I remember the workshops when Sabbir sir used to take our readings, we used to have a fun time reading. The romance in our film is quite a strong element; she never once felt uncomfortable or made me feel uncomfortable, we used to always have fun or laughing; we would be in the zone when Sabbir said would say ‘action’, and then when he said ‘cut’, we would just be having fun or dancing.”

Shraddha said: “I’ve been his fan since he was in school, when he used to play basketball with so much passion. I remember that he used to always be in his basketball jersey, fully energetic and always focused, and he is also focused in what he is doing now, so had a great time.”